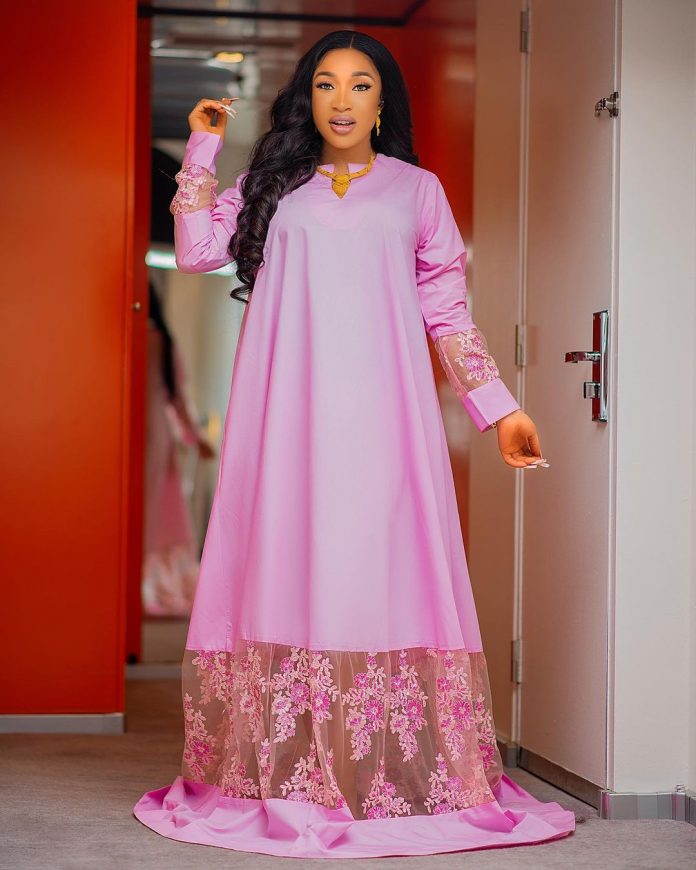 Actress, Tonto Dikeh speaks up as she says she will never regret the love she gave anyone.

The actress shared this via Instagram as she stated she will never regret any love she gave out even if it wasn’t reciprocated from the other person’s end.

The actress stated that love always comes back in a full circle and the love will come back to her in any shape or form.

The actress who has been involved in a lot of controversies this year is pouring her heart out as she says she has no regrets, Just lessons.

Recounting earlier that the actress was involved in a tussle and rumble with her ex-boyfriend kpokpogri.

Talking about Actress, Ghanaian Actress, Akuapem Pollo has allegedly been sent back to jail over controversial photoshoot with son, as court dismisses her appeal (read it here)

Johnson Olumide - May 3, 2018 0
It is a known fact that recently divorced female singer, Tiwa Savage and Wizkid have been rumoured to be lovers in recent times, and...

Violette - January 18, 2021 0
Big Brother Naija star Kaisha and Lucy has become the latest citizens of Nigeria to face the wrath of Policemen who are misusing the...

Johnson Olumide - February 17, 2020 0
Popular Radio host and gradually becoming a major face on TV, Toke Makinwa has quit HipTv. Though a lot of people do not know this...

Violette - October 27, 2021 0
Former Big Brother Naija housemate, Sammie has finally opened up on life after the reality show, noting that it's overwhelming. It would be recalled that...