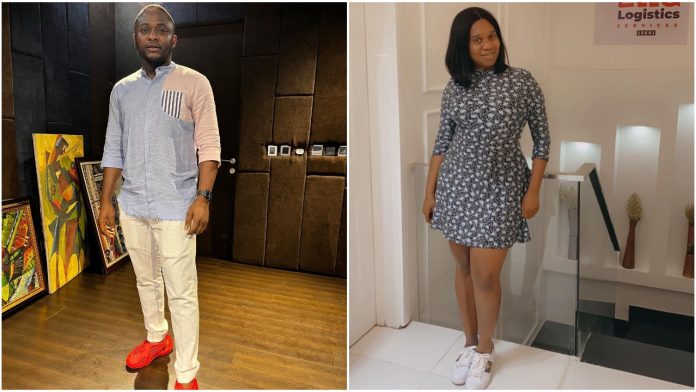 All is not well between Ubi Franklin and his fourth baby mama as he ignores her warning and shares more pictures of their daughter.

The Triple MG boss has taken to his Instagram to throw subtle shades at his fourth baby mama after she called him out for being a deadbeat father.

His fourth baby mama, Sandra revealed that the music exec doesn’t take care of their child and left her all alone to raise her child.

According to her, Ubi doesn’t have any legal privileges over their daughter and she apparently doesn’t bear his name anymore.

Sandra went further to give the Triple MG boss a warning, as she stated she doesn’t want to see any post about their daughter on his social media.

However, Ubi was quick to react as he took to his Instagram story to share a lovely picture of their daughter with the caption “We will be obsessed forever”.

Well, These two have been at loggerheads for a really long time after they both fell out as many people are still trying to figure out what really happened between the two.

see their posts below.

Talking about celebrities, Reality star, Tuoyo declares his love for Jackie B (read it here)