Home Entertainment “My small breasts saved me from the fake sex tape” – Dancer,... 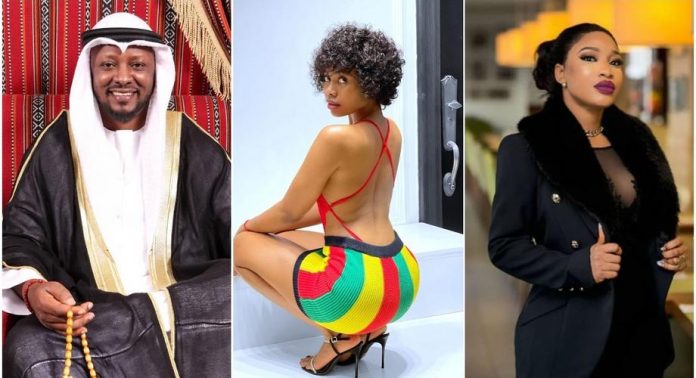 Popular online dancer, Janemena once again took to her social media page to reveal how her small breast saved her from ridicule during her alleged Tape saga that was circulating online.

According to her when the so-called tapes surfaced online what really saved her from having to explain herself was her ample regions couldn’t be edited in the doctored video and it was really proved the videos were fake.

Recall that months back, news about the twerker being romantically linked to Tonto Dikeh’s ex-lover, Prince Kpokpogri made rounds.

An alleged audio note which had Kpokpogri’s voice testifying to his prowess in bed and how Janemena matched his energy also emerged to strengthen the allegations.

It didn’t take long for a tape that showed two people engaging in a romp to surface; of which some alleged to be Janemena and Kpokpogri.

Meanwhile, Afropop singer Wizkid has been dragged into another drama as the 12-year-old boy, Ahmed whom he promised 10 million naira over two years ago calls him out on it (watch the video here).