Home Entertainment Celebrities “I got my car back after 5 weeks” – Actress Dorcas Shola... 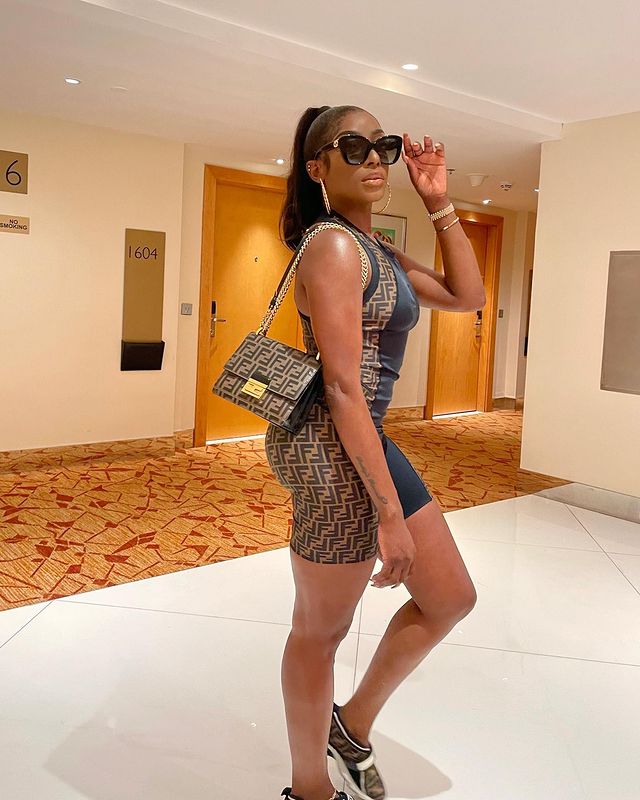 Nollywood actress and DJ, Dorcas Shola Fapson took to her social media page last night to reveal that she has finally recovered her stolen Range Rover back from Niger State.

Recall the actress went on social media a day after her birthday to reveal that her car was stolen by her driver and does not know the whereabouts of it.

Barely hours after it was stolen, it was first found in Ogun state, Abeokuta and after that disappeared for weeks, the actress had employed a driver from an agency but he ran off with her car two days after employment.

She said it was later discovered that the driver had applied for the job with fake documents and information.

After stealing the actress’ car, he gave it to someone to sell for him in the North but the person then stole the car from him and went to Niger state to sell it.

The car has been retrieved from Niger by the police, according to her cost her a lot of money to get her car back.

In other news, reality star couple, Teddy A and Bam Bam announced that they are expecting their second child together, while also revealing the gender of the baby (read it here).

Meanwhile, another celebrity sharing good news is the controversial singer, Portable, who took to social media to announce that he bought his father a new car (watch the video here).