Home Entertainment Celebrities I’ve 3 Children And Several Failed Marriages, But No One Knows” –... 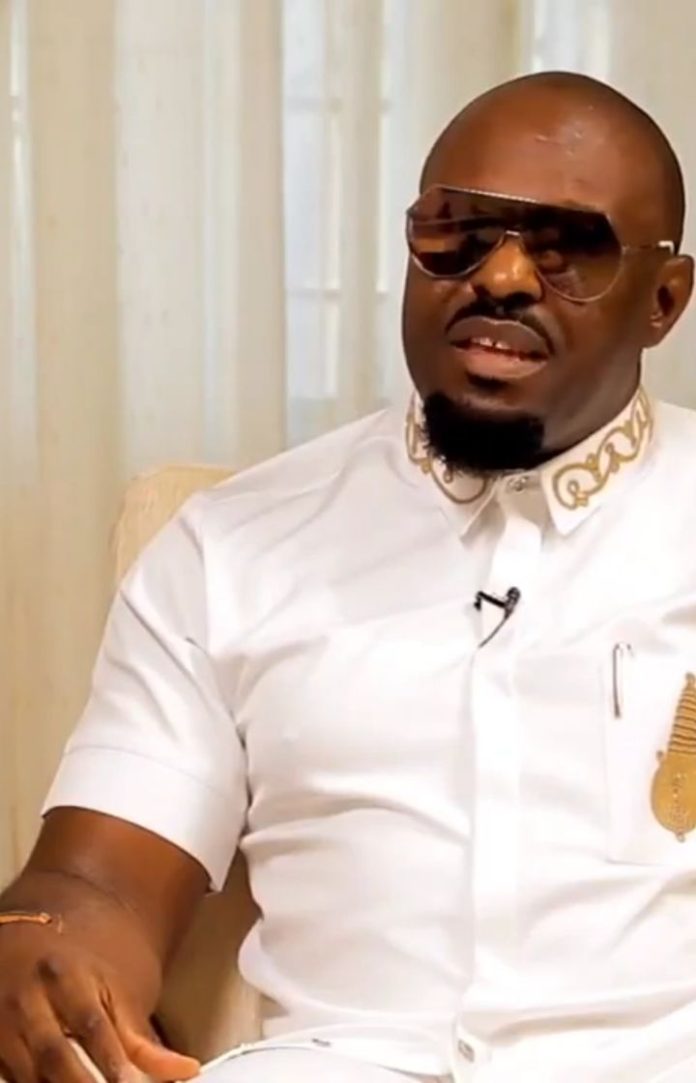 Nollywood actor, Jim Iyke has made a shocking revelation that he has three children and several failed marriages that no one knows about.

During a chat with the media entrepreneur, Chude Jideonwo, the actor said there are so many things about his life that he has kept away from the public because he hates to be figured out.

He said, “I’ve had a failed marriage. I have two, three beautiful kids. How are you going to know? You can’t follow my partner. You’ll never understand. Even people who live in my space don’t know how I move.

READ ALSO
Be mindful of what you say, Actress Yvonne Nelson to Tracey Boakye

Iyke touched on how the subsequent death of his mother, for whom he had sought spiritual healing at the Synagogue Church of all Nations (SCOAN), crushed him.

He said, “When I lost my mum, I couldn’t find my feet for years. There’s an understanding, spirituality, and connection that I lost. People always wondered how I rise from things that were supposed to bury me.

“My mum was lying in a hospital bed in a coma but they were saying I’m playing theatrics. I said, ‘I will live in this church for two years if you heal my mum.’ What happened, I don’t know. I saw the video and said it’s not me.

“But that’s me. I’m not an island of knowledge. I’ve done my part but one thing you can take to the bank is that, until I die, I’m the true son of Gladys.”

The movie star also talked about trying his hands on several businesses that eventually failed, adding that “I’m expeditious in opening gates but I just don’t know how to man the gates.”

Another celebrity trending on social media is former BBNaija reality star, Frood who spent thousands of dollars on a new whip, watch the video.