Home Entertainment Celebrities Marry Someone Who Can Love You Through Poverty — Flutterwave Co-Founder, Iyin... 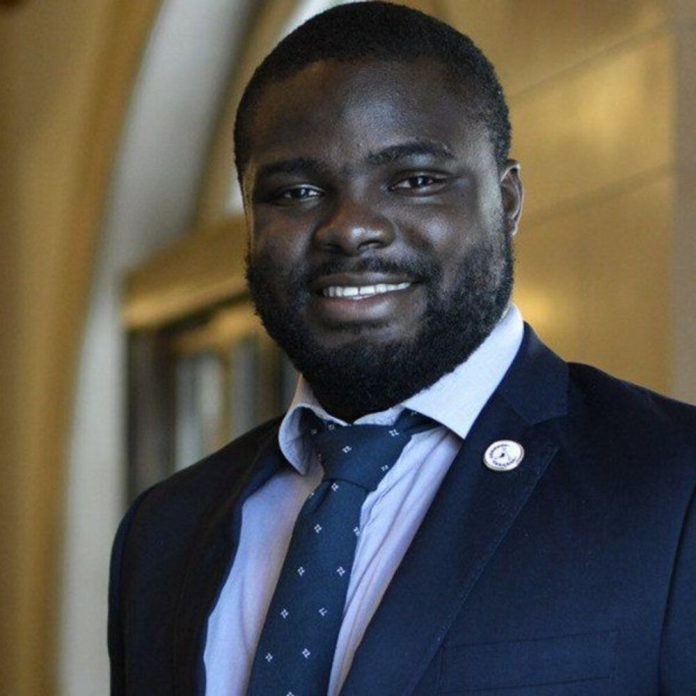 30 under 30 tech Guru, Iyin Aboyeji took to his social media page to give some relationship advice to his fans, which is something he’s not known for. According to Iyin, single people to marry those that can love them through poverty.

In a tweet thread, Iyin stated that one of the things he and his wife learned early from their suffering was to keep their own ”burn really low”.

He said one of the reasons he knew his wife was for him was that he could continue to stack up the dollars in debt while building their company as they didn’t receive any salary from the company until things took a better turn.

Read his tweets below.

In other news, embattled Nigerian Athlete, Blessing Okagbare has finally reacted to her 10 years ban. (read it here). 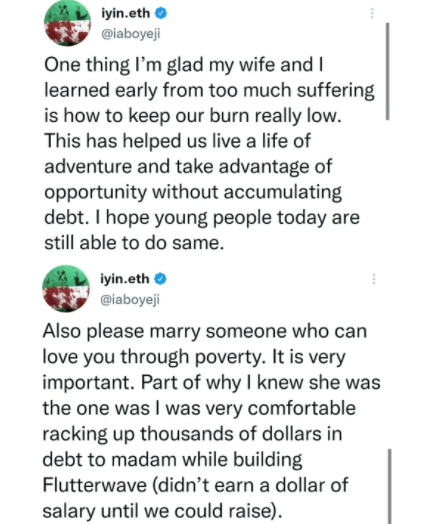