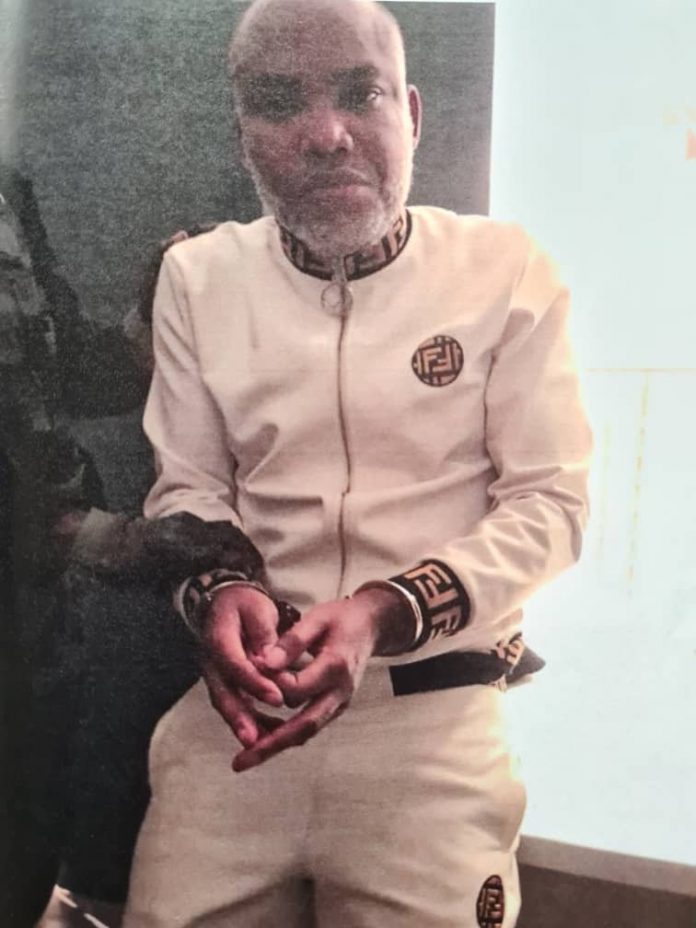 Leader of the proscribed Indigenous People of Biafra, Nnamdi Kanu’s lawyer, Ifeanyi Ejiofor has alleged that the Department of State Services has refused to allow his client to change his cloth in spite of a court order to that effect.

Justice Binta Nyako had on January 19, said that Kanu should not appear before her in the same Fendi attire he has been wearing since June last year when he was arrested and arraigned for treasonable felony.

While giving the order, she said “I don’t want to see him in this cloth again. This one is almost off-white. Also, make sure that you allow him to exercise and give him a good mattress.”

However speaking after visiting Kanu at the Department of State Services headquarters in Abuja, Ejiofor alleged that the security agency “rejected for the umpteenth time, the change of clothes brought for him”.

“Though, for reasons we were not told, the officials of the DSS rejected for the umpteenth time, the change of clothes brought for him.

“We, however, protested against this obvious violation of court order, and insisted on seeing the Head of the appropriate department to lodge our complaint, but Onyendu advised that we should take up the infractions at the appropriate forum in view of the fact that a positive order of the court was flouted.

“Also, forming part of our demand for explanations is the fact that some other guests that visited Onyendu were not hitherto cleared. Onyendu still insisted that this obvious infraction should be addressed at the appropriate forum because it constitutes a violation of the positive order of the court.

“The visit proceeded smoothly and personal notes were taken of Onyendu’s erudite views/contributions towards a successful outing come 16th day of February 2021.”