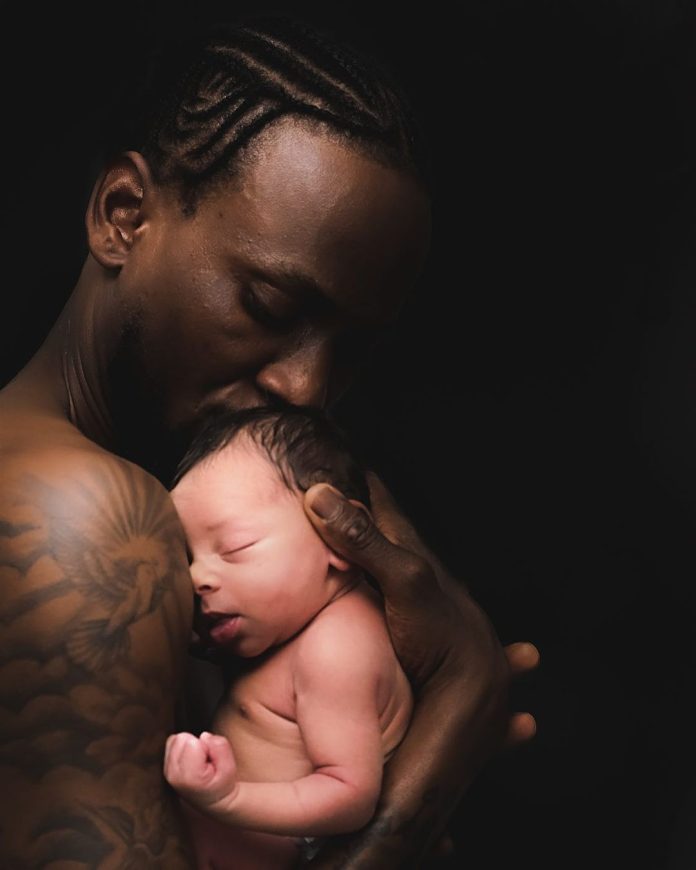 Reality Star and Model, Omashola Oburoh took to his social media page to reveal a photo of his new bouncing baby Boy and also his name.

The reality star some weeks ago announced that he and his fiancee welcomed a baby boy just 3 weeks after proposing to her.

Omashola had previously wowed netizens when he proposed to his lover underwater towards the end of the year, 2021.

The ex-Pepperdem housemate later hinted to the public that he was expecting a baby with his fiancee and not too long after that, the baby has arrived.

In his latest post, he revealed that giving birth to a baby boy was a changing experience for him and a completely different kind of feeling.

In other news, Reality Star and single mom, Tboss last night reacted to the trending video of Oxlade getting intimate with a lady, as she says if any celebrity s3x tape leaks she would watch it and give her opinion about it (read it here).

Meanwhile, Oxlade’s Friend with Benefit Lady allegedly wants to sue the singer for 20 million after a sex tape leaked. (read it here).