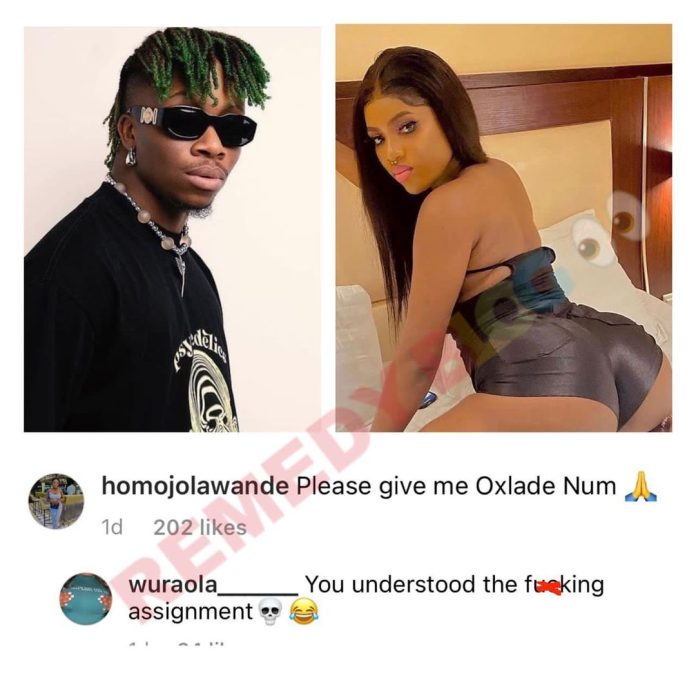 He trended so much, his name trended over 175,000 times on Twitter, the highest ever in his entire music career.

Lots of Nigerians have reacted to the viral videos of him making out with his partner, some have even dug up the social media page of the said women in the video.

Lots of thirsty Nigerian women have also commented on her page, asking for the artist phone number.

According to the latest rumours from gossip mills, the lady in the video wants to sue Oxlade for 20milliom Naira.