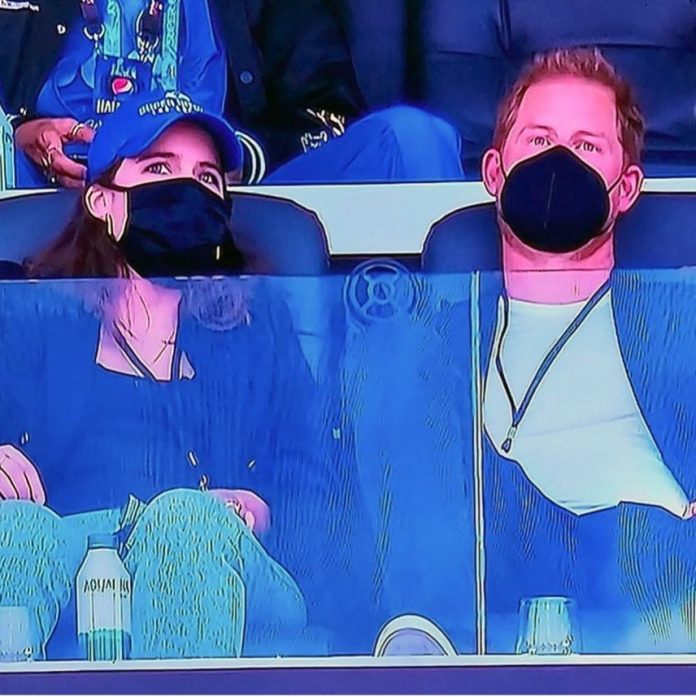 The Duke of Sussex attended the big game in Inglewood, California, alongside his cousin, Princess Eugenie.

This is the first Super Bowl for Harry, who relocated to California with their wife Meghan Markle in 2020.

Eugenie flew to California from her home in Windsor, England, where she lives with her husband Jack Brooksbank and their 1-year-old son, August. The princess recently marked her son’s first birthday with a sweet Instagram post.

Lili was born at Santa Barbara Cottage Hospital on Friday, June 4th at 11:40 am, according to the couple.

Megan and Harry made world headline news across the globe some weeks back after they tell it all interview with America’s Top Show Host Oprah Winfred, as they revealed they experienced racism from the Royal family.

The Royal Family refused to address the issue immediately but did so about two weeks after the interview went viral both in the United States of America and in the UK. (READ IT HERE).

A lot of British media houses, lashed out at Megan for the interview as many debunked there is no such thing as racism in the British monarchy.

One such individual was Piers Morgan, who called Meghan a hypocrite, in 2018 the same Piers morgan Slammed Reality TV Star, Kim Kardashian for over her Topless Photos (READ IT HERE).