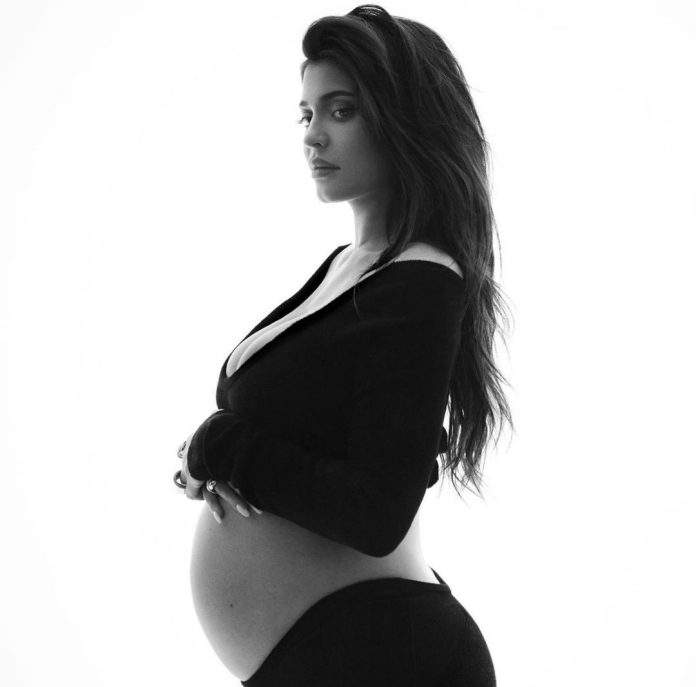 America’s reality star and businesswoman, Kylie Jenner welcomed her second child with rapper Travis Scott some days ago and yesterday took to social media to reveal his name.

The mom-of-two, who welcomed her second child on February 2, 2022, told followers that his name is Wolf Webster.

Wolf is her second child with Travis Scott. Their first is 4-year-old Stormi Webster.

Meanwhile, there are also rumours that her elder half-sister Kourtney Kardashian might be pregnant for her new boyfriend Travis Barker who she started dating in 2021.

In other news, Reality Star and Model, Omashola Oburoh shares the photo of his son, revealing his name (read it here).