Home Entertainment Celebrities Singer Flavour stops a fan from spraying money on his head at... 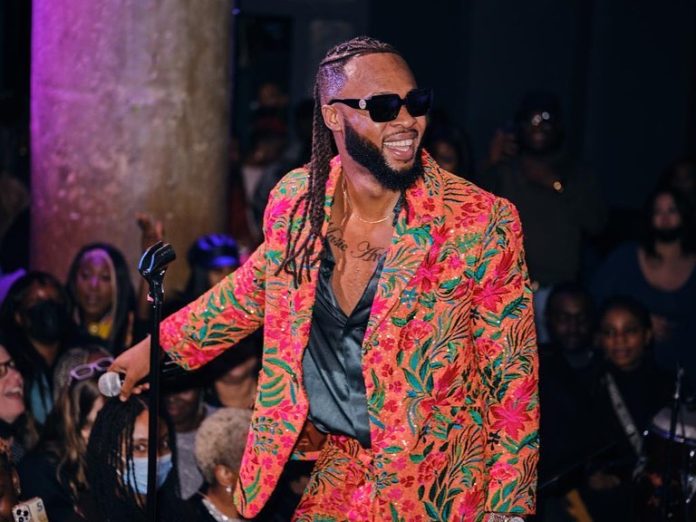 Nigerian singer, Flavour can’t seem to be at the center of controversy lately, barely twenty-four hours after he was seen on camera pushing away a fan from hugging him.

He has once again drawn public attention after he stopped a fan from spraying money on his head while performing at an event last night.

Flavor could be seen wearing a customed-designed black suit with some eye-catching embroidery on the Jacket as he looks to key change signal from his band while performing.

In other news, First class graduate, Sule Mathew was shot dead while traveling to Anambra for NYSC.