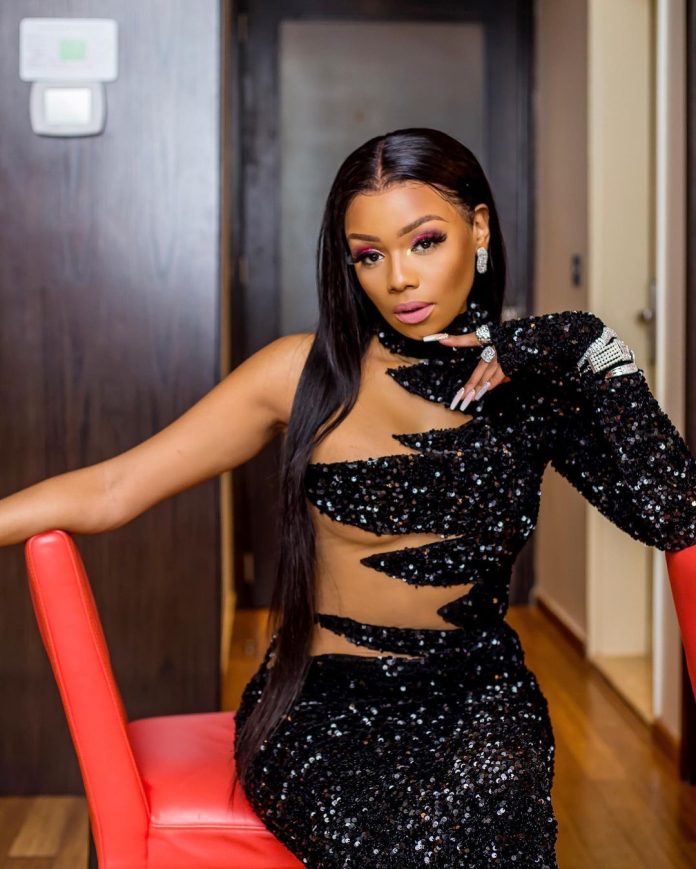 South Africa’s big star is Bonang Matheba. She is a career woman and a multi-award-winning media figure. When marketers and organizers want their events to be spectacular, they usually call on celebrities. Let’s explore the biography, age, net worth, career, etc., of Bonaga Matheba.

She is the founder of Bonang Matheba Entertainment and a fashion entrepreneur. From 2007 to 2012, Bonang was a co-host on SABC’s Friday night music show “Live.” Queen B is her famous title.

Model Reabetswe’ Rambi’ Sechoaro and brother Thabo Mokoena are her two younger half-siblings. Bonang’s family relocated to Johannesburg when she was a young girl. Before breaking into the entertainment world, she grew up in Hillbrow and Soweto’s Pimville neighbourhood. Bonang’s lovely family was short-lived when her parents divorced.

Bonang Matheba went to Johannesburg’s Fourways High School and then to the University of Johannesburg for a marketing program. Due to the pressures of fame, she had to drop out of school and concentrate on her career.

Euphonik, a music producer and DJ, dated Matheba. After discovering that Euphonik had physically abused her, she charged him with assault. After the couple reconnected, she dropped the charges. People claimed Matheba lied about the incident.

In 2015, Bonang Matheba’s romance with rapper AKA was the buzz of the town. The duo began dating while DJ Zinhle, AKA’s girlfriend, was pregnant with their first kid.

Zinhle made the allegation in a post about their breakup on her blog. Bonang and AKA both rejected the allegations of infidelity and threatened legal action. Neither of them ever did, and it was soon evident they were a pair.

AKA and Bonang made their romance official on Instagram in 2016 after months of teasing their fans. In late 2017, their relationship came to an end.

Bonang created her clothing line, named Just B, in 2008. She collaborated with Legit, a shop, and later worked on handbags with a London-based designer. The Baby Star was the name of the brand at the time. She then sent a demo tape to a radio station named Y-Fm in 2009 but was turned down for two years.

Later on, she got her show called the B-hive, which drew in many youthful people. Bonang collaborated with Woolworths in 2014 to launch the “Bonang for Distraction” lingerie range. She replaced Siphokazi, who had previously succeeded Azania Mosaka, as the new radio DJ for Metro FM that year.

The Front Row had a significant audience until a disagreement with the manager over an on-air reshuffle with her opponent Lerato Kganyago without her knowledge. The day after, she quit the radio station. In 2016, she was named the African ambassador for Ciroc vodka with David Tlale, a fashion designer, and other DJs and performers.

She visited Brazil in 2017, and as a result of her visit, she was named the African brand ambassador for Ipanema Sandals. She connected with sandal makers during her tour of Brazil and went on to shoot an ad in Rio de Janeiro.

“Being Bonang” was a reality show that aired in 2007. Later on, the show grew in popularity since it featured her day-to-day existence. Season two was launched in May 2018, showing on DStv channel 103. All these career successes had a significant impact on the net worth of Bonaga Matheba.

Bonang Matheba’s best-selling book, From A to B, was published in 2017. In the book, she discussed some personal information about her life and her journey to popularity.

Bonang Matheba purchased her first property when she was twenty-two years old. When she was 29, she acquired her second home and became a multi-property owner. Bonnag has flaunted her opulent residences on Top Billing in various segments.

Bonang has stated that she intends to establish a school in Soweto. Her late grandmother, who raised her, grew up in Soweto, and she only remembers the township fondly. Bonang’s free school would be run by the community, with moms working there.

The Bonang Matheba Bursary Fund, headed by Queen B, intends to provide 300 young women with the opportunity to continue their education after high school. By 2030, she plans to have 300 females in school.

Bonang Matheba is a South African television presenter, radio personality, businesswoman, producer, model, and philanthropist with an estimated net worth of $7.2 million. With Queen B starting many businesses and launching BMoji, an emoji app, these are projected to rise. Bonang has her lingerie and T-shirt lines with Woolworths and Superbalist, respectively.

Bonang Matheba is a South African television presenter, radio personality, businesswoman, producer, model, and philanthropist with an estimated net worth of $7.2 million.

How much does Bonang Matheba earn?

How did Bonang Matheba became famous?

Bonang became an instant success and the most sought-after celebrity in South Africa after joining ‘Live.’ She dubbed herself ‘Host with the Most.’

how old is Bonang Matheba?