Home Sports Football ‘I am not afraid that I am Russian, I’m proud to be... 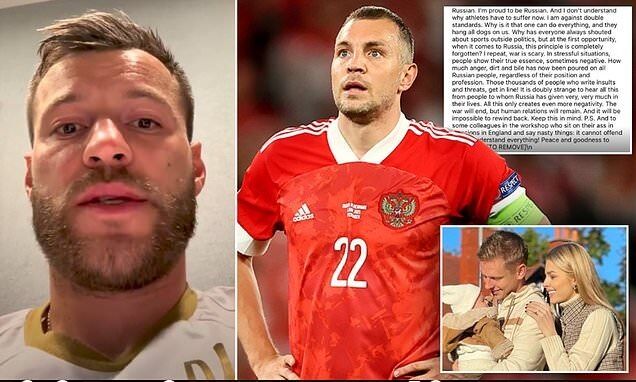 Russia’s football captain Artem Dzyuba has finally broken his silence on his country’s invasion of Ukraine after being slammed by Ukrainian players. He responded to Yarmolenko and Mykolenko:

‘Until recently, I did not want to speak on the topic of events in Ukraine.

‘I didn’t want to, not because I’m afraid, but because I’m not an expert in politics, I never got into it and didn’t intend to (unlike a large number of political scientists and virologists who have recently appeared on the Internet).

‘But like everyone else, I have my own opinion. Since I am being drawn to this topic from all sides, I will express it.

‘I am against any war. War is a frightful thing. But I am also against human aggression and hatred, which is gaining some sort of devastating scale every day.

‘I am not afraid that I am Russian. I’m proud to be Russian. And I don’t understand why athletes have to suffer now. I am against double standards.

‘The war will end but human relations will remain and it will be impossible to rewind back. Keep this in mind.’

He added: ‘And to some colleagues who sit on their a** in mansions in England and say nasty things: It cannot offend us, we understand everything! Peace and goodness to everybody!’