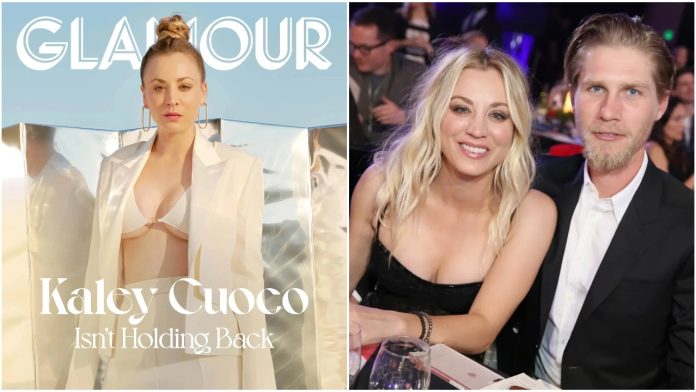 “Big Bang Theory” star, Kaley Cuoco has said that she has no plans of getting married again after her divorce from Karl Cook is finalized.

The Emmy-nominated actress who announced last September that she and husband Karl Cook were divorcing, told Glamour that a third trip down the aisle is not in the cards for her.

In the interview for her April 2022 cover shoot, Kaley said;

“I will never get married again. “I would love to have a long-lasting relationship or a partnership. But I will never get married again. Absolutely not. You can literally put that on the cover.”

Cuoco, 36, filed for divorce from Cook, 31, in Los Angeles Superior Court in September 2021. That same day, the two confirmed they were splitting in a joint statement to Page Six.

She added in the interview;

“I’m not someone that wants to be by myself. I just need to figure out my priorities a little bit and make sure now I know that I need to water that relationship. It’s like a plant. Sometimes I get too focused on the garden instead of the specific plant that needs to be watered. And I am well aware of that. I want to change, I want to be better.”