Home Sports Football Chelsea calm as you like it, as they defeat Crystal Palace to... 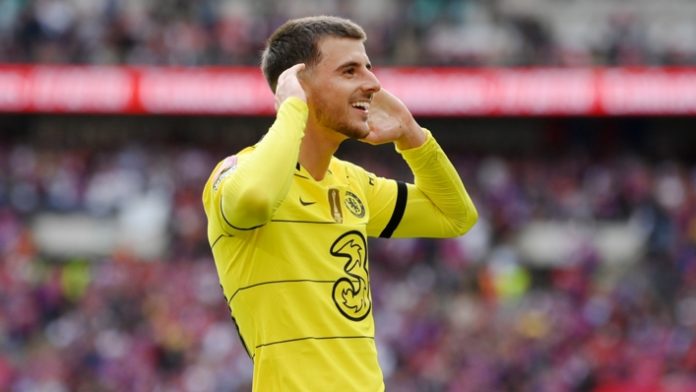 Chelsea secured their place in a third successive FA Cup final after second-half goals from Ruben Loftus-Cheek and Mason Mount clinched the 2-0 defeat of Crystal Palace at Wembley on Sunday.

The Blues have made something of a habit of reaching the FA Cup showpiece in recent years, contesting four of the past five, and while this semi-final win was by means vintage, Thomas Tuchel’s side looked comfortable once they found the breakthrough.

Neither side showed much inspiration in attack during a cagey opening 45 minutes and there were few signs of improvement initially after the interval.

But a couple of kind deflections helped substitute Loftus-Cheek break the deadlock just past the hour for his first Chelsea goal since May 2019, and Mount’s finish soon after ensured the Blues will face Liverpool for the trophy.

It took 35 minutes for a dull first half to come to life as Edouard Mendy did brilliantly to save a goal-bound volley from his Senegal teammate Cheikhou Kouyate down to his left.

Kai Havertz attempted to win a penalty with a dive at the other end a few moments later, but referee Anthony Taylor saw through his deception and brandished a yellow card.

Kouyate went close again early in the second half when a header flew agonizingly off-target and Chelsea capitalized in the 65th minute.

Havertz’s cutback was diverted into Loftus-Cheek’s path and another touch off a Palace defender took the midfielder’s powerful strikeout of Jack Butland’s reach.