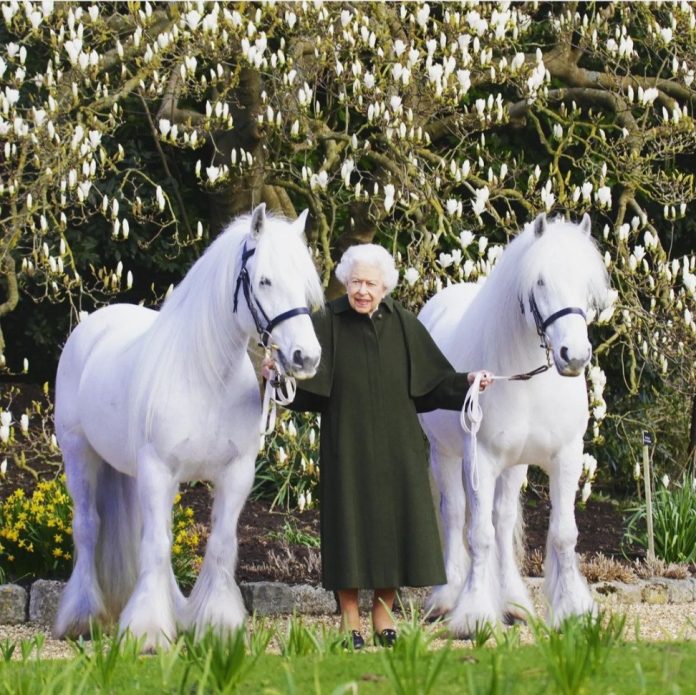 The Royal Windsor Horse Show has released a new photo of Her Majesty celebrating her lifetime love of horses in honor of her 96th birthday.

The Queen is seen alongside two of her fell ponies, Bybeck Katie and Bybeck Nightingale, in the shot, which was captured just last month by photographer Henry Dallal.

Sharing the photo to Instagram the Royal Family wrote: “Ahead of The Queen’s 96th Birthday tomorrow, @royalwindsorhorseshow have released a new photograph of Her Majesty with two of her fell ponies, Bybeck Katie and Bybeck Nightingale. 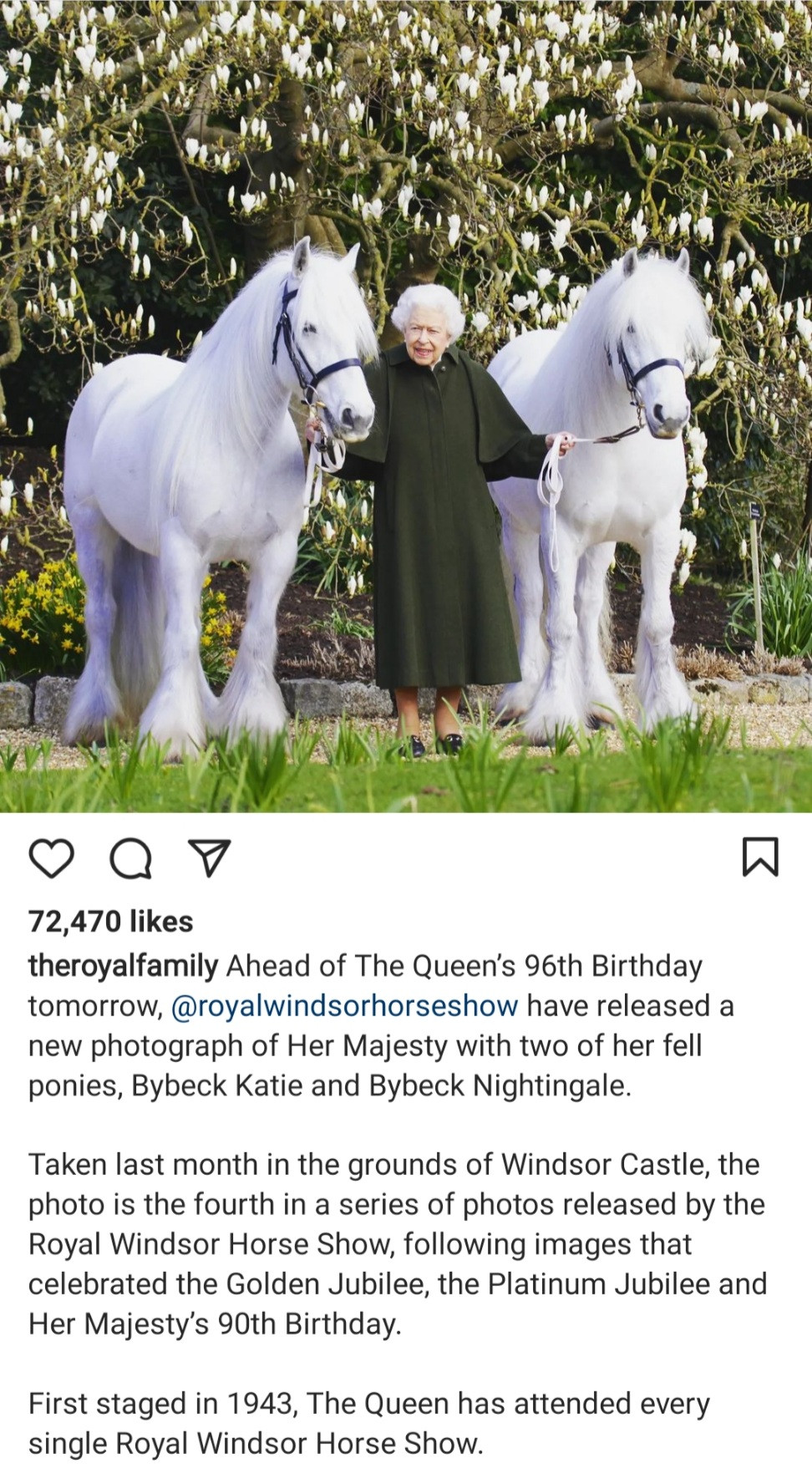 “Taken last month in the grounds of Windsor Castle, the photo is the fourth in a series of photos released by the Royal Windsor Horse Show, following images that celebrated the Golden Jubilee, the Platinum Jubilee and Her Majesty’s 90th Birthday.

“First staged in 1943, The Queen has attended every single Royal Windsor Horse Show.”