Home News Crossdresser arrested for posing as a woman to deceive a patron at... 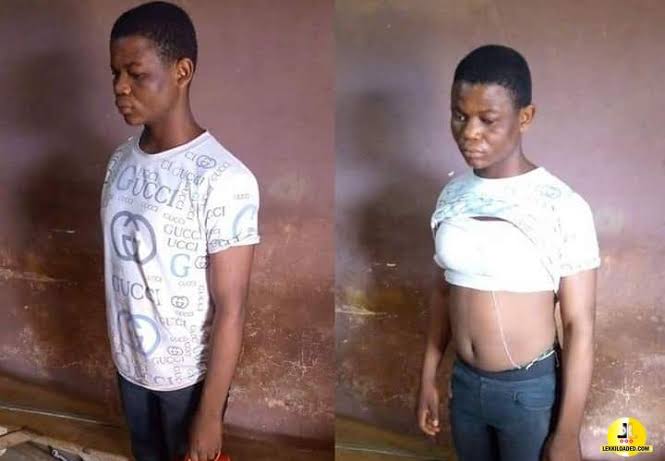 A young man identified as Terdue has been accused of posing as a woman to lure his unsuspecting fellow man in Benue State.

According to Yaro Shimavia Simeon, the suspect pretended to be a lady at a nightclub in Abagu, Gboko area of the state, when the victim approached him for a one-night stand.

“Terdue agreed and went to the victim’s house. It was at the point of coitus that the victim suspected foul play as Terdue refused to pull down his trousers claiming he didn’t want to engage in romp.

They f#ught over it and it was discovered that Terdue is a man. He confessed to the act and claimed he was into it because his p#nis had refused to grow properly. He has since been handed over to the vigilante of the community.” 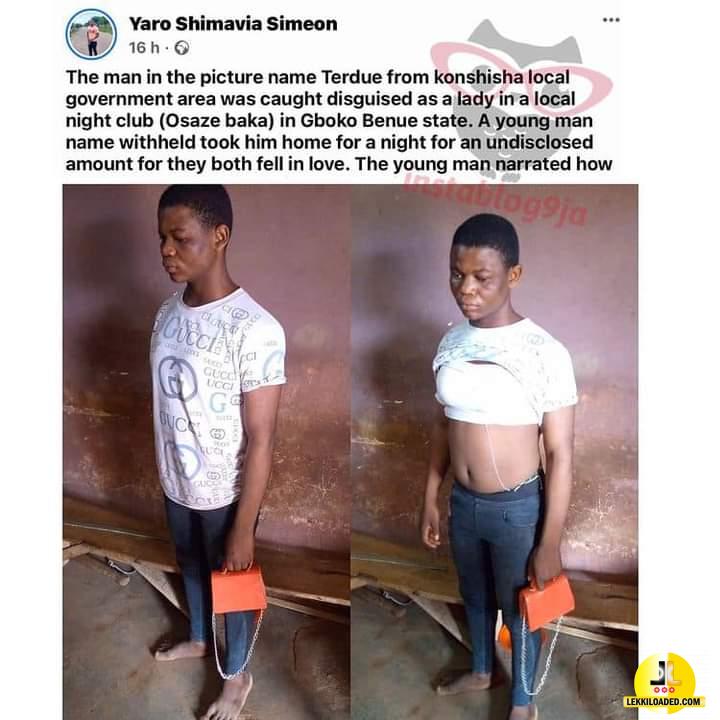 “My Pregnant Cousin Took Her own life”, Lady speaks on her cousin’s pregnancy for a rapist

“Ask Your White Friends What Type Of Pet It Is”, Nigerian Nurse Narrates an horror scene with a Friend