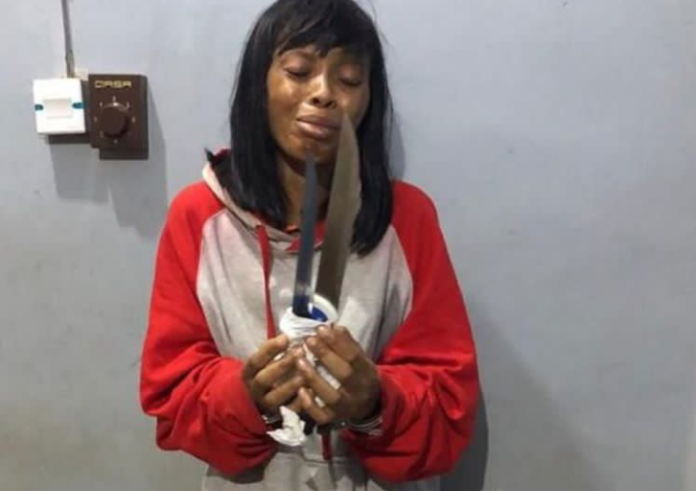 Police operatives in Edo State have arrested Favour Oyhou, a student of Auchi Polytechnic, who was declared wanted for allegedly stabbing her boyfriend to death.

Recall that the incident occurred at their residence in Auchi, on Saturday, July 23, after the suspect allegedly found out that her 25-year-old boyfriend, Paul Handsome aka Jigga, was cheating on her.

The command’s spokesperson, Jennifer Iwegbu, in a statement on Tuesday, July 26 said the suspect was arrested following credible intelligence gathering by Operatives of the Command.

According to her, the suspect was arrested in Benin on Monday,July 25 at about 22:45hrs.

“Discreet investigation has commenced and the suspect is making useful information and will be charged to court soon,” the statement reads.