Home Entertainment Davido, Dababy called out after their bodyguard allegedly injured and abandoned a... 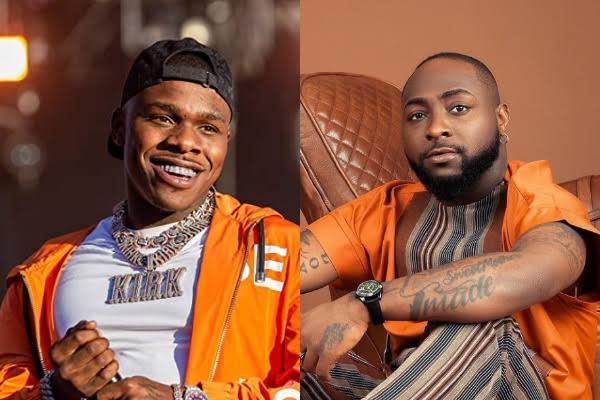 Nigerian pop star, Davido and American rapper, Jonathan Kirk a.k.a Dababy, who caused a stir on the streets of Lagos while shooting a music video some days ago have been called out on social media by an embittered lady over the aftermath of the video shoot.

The lady, identified with the Twitter handle @_adebola bashed the two artistes’ security team as she alleged that they had injured and abandoned a primary school student during the course of producing the music video.

Making her grievances known on Twitter, she wrote: “I hate to do this but I think it’s high time I speak up regarding the sheer act of negligence, irresponsibility and lawlessness shown by @davido and @DaBabyDaBaby’s security team and escorts on Tuesday, 17th of May, 20th.”

“@DaBabyDaBaby and his security team who came to Lagos Island to perform alongside @davido illegally trespassed and forcefully entered into a private school compound, First Love Nursery and Primary School at Kakawa area of Lagos without the permission of the School Proprietor.”

“In an attempt to control the crowd that wanted to rush into the school building with them, one of @Dababy’s security team forcefully shut the school gate and in the process injured one of the primary school student in the school premises.

“The young boy, Semiu, was noticed by the security team and was rushed to Onikan General Hospital by the head teacher who was around at the time.

“He was redirected to another centre for scanning where it was that three of his fingers have been fractured as a result of the forceful manner the school gate was closed by @DaBabyDaBaby ‘s security team. He was admitted in the hospital for two days and discharged with a cast.

“On his hands. Since then, the School Proprietor have spent a huge amount of money as a result of this sheer act of negligence and lawlessness by the celebrities security team and would likely spend more in coming weeks.

“I’m bringing this here because I’m sure the celebrities involved might not be aware of these issues save for the highly irresponsible security team and @Davido’s logistic manager.”