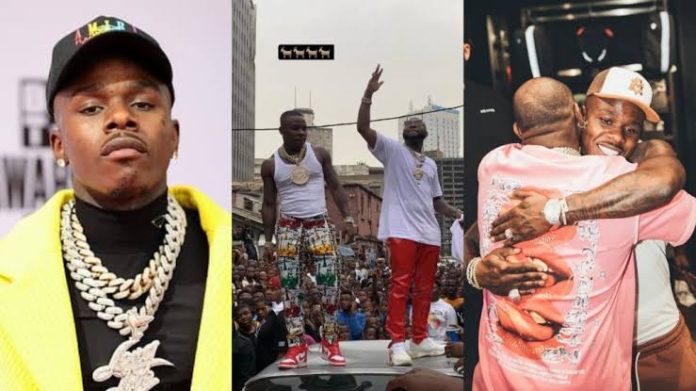 Few Hours Back, Popular Nigerian Singer and Songwriter, David Adeleke better known by his Stage name, Davido was Spotted alongside DaBaby on the street of Lagos.

Recall that yesterday, American Rapper Jonathan Lyndale Kirk known Professionally as DaBaby came to Nigeria for a Video Shoot with his Friend and Colleague, Davido.

Few hours after DaBaby arrived in Nigeria, he was Spotted alongside Davido on the street of Lagos. In the video below, the two Superstars could be seen Standing on the roof of a car and they were surrounded by a large numbers of people.