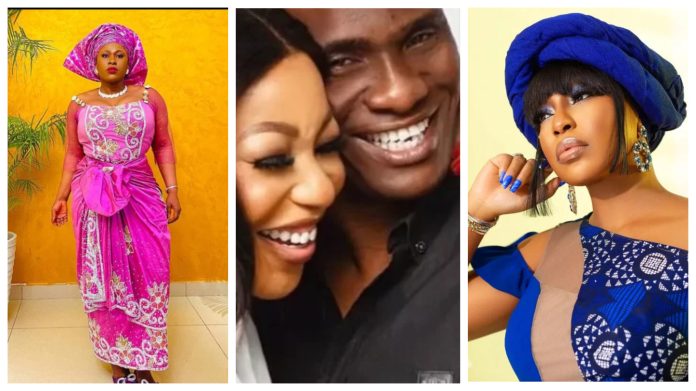 After being harassed by netizens for supposedly having romantic links with Rita Dominic‘s husband, Fidelis Anosike, veteran movie star Uche Jombo has reacted.

This comes after Gistlovers, an anonymous blogger, claimed that Fidelis Anosike is having extramarital affairs with two unnamed Nollywood actresses.

Gistlovers added fuel to the fire by adding ‘Aunty U and Aunty I,’ as well as confirming that the Nollywood actresses were there at Rita’s wedding.

Some internet users, on the other hand, assumed Uche Jombo was one of them and began making derogatory remarks on her Instagram profile. Uche Jombo reacted by writing in the Gistlovers comment section, urging the anonymous handler to disclose identities so that trolls would leave her page.