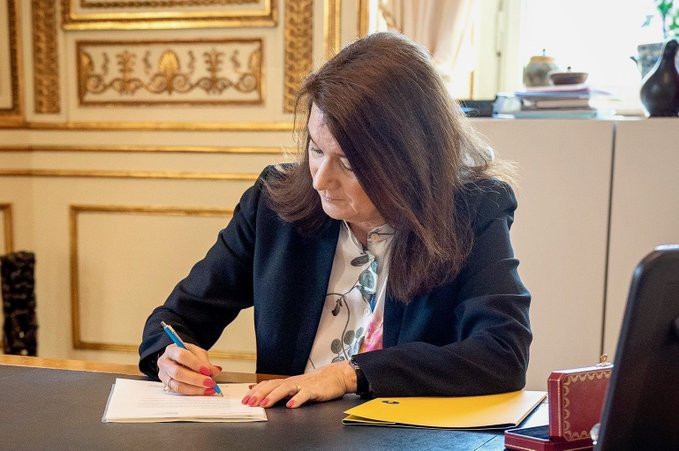 Sweden has officially signed her country’s application to join NATO, following Monday’s announcement to proceed with the move.

Sweden’s s foreign minister Ann Linde, said on Tuesday, “It feels very big, very serious, and it feels like we have arrived at a conclusion which is the best for Sweden. We don’t know how long it will take, but we calculate that it could take up to a year. Now, this week, this application will be submitted, together with Finland, in a day or so, and then it will be processed by NATO.”

Both countries are expected to submit their official applications to NATO headquarters in Brussels later this week, ending decades of official neutrality on the part of both countries.

All 30 current NATO member states must accept the application from Finland and Sweden, via various domestic processes such as a vote by a legislature or a decision by the executive, depending on the country in question.

Russian President Vladimir Putin has announced that he sees ‘no problem’ with Nordic neighbours Finland and Sweden joining NATO, hours before Sweden’s foreign minister formally signed her nation’s application to the security bloc.

Putin, Russia’s paramount leader since 1999, has repeatedly said that the post-Soviet enlargement of NATO toward Russia’s borders as a key driver behind his war in Ukraine.

‘As to enlargement, Russia has no problem with these states – none. And so in this sense there is no immediate threat to Russia from an expansion (of NATO) to include these countries,’ Putin told the leaders of the CSTO – a Russian-dominated security alliance of former Soviet states.