Home Entertainment Blogger Warns Aunty I and Aunty U to Back Off, Reveals Rita... 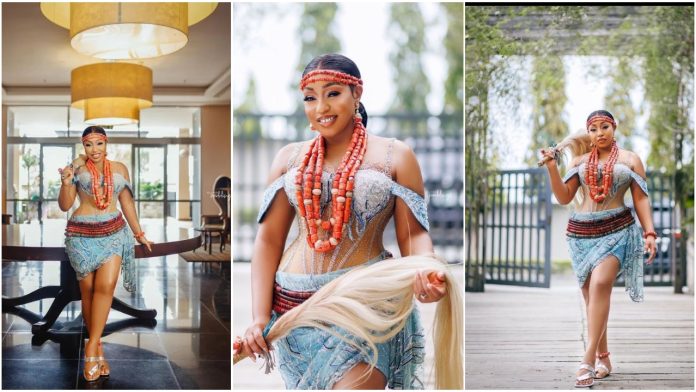 Pregnant Rita Dominic married Fidelis Anosike, her longtime love, at a star-studded wedding in Imo state less than a month ago.

Fidelis was allegedly linked with a number of other unnamed Nollywood stars before settling down with Rita Dominic, according to Gist Lover.

Gistlover also revealed the initials of the ladies Fidelis Anosike is rumored to be dating, claiming that their initials are letters I and U and that they were also present at the actress’ wedding reception.

Netizens tried to match the initials with the names of celebrities they recognized at the event, causing an uproar in the comments section.