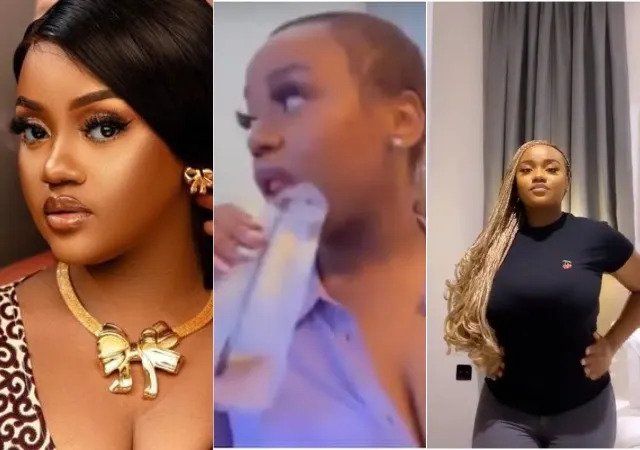 Chioma Avril Rowland, Nigerian singer Davido’s third baby mom, is about to take over the world with her new breathtaking look.

Chioma has traded her braids and lengthy hair for a low-cut appearance, and she looks stunning.

The low-cut, tinted-color hairdo has become popular among Nigerians and celebrities recently.

The mother of one, who has always worn her hair in various styles, chose a trendy low-cut and looks just as lovely as ever.

Chef Chi, as she is well known, took to Instagram to share a video of herself happily sporting the new hairstyle.

Davido’s baby mama is also seen wearing a purple gown and gushing about her attractiveness.

Despite abandoning braids and lengthy hairstyles for a long period, Chioma looks stunning with her low-cut.