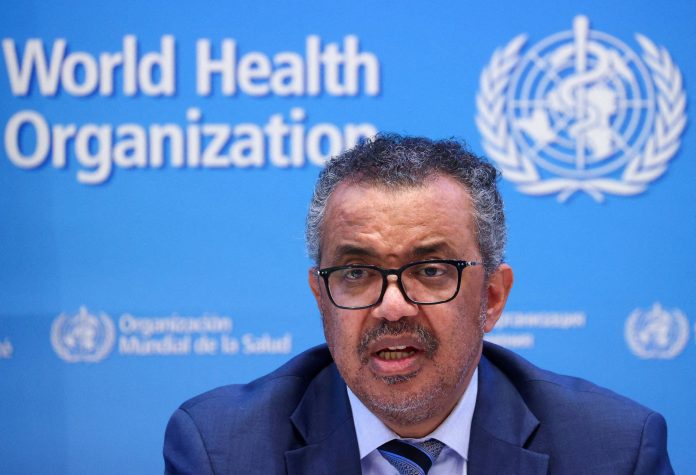 Dr . Tedros Adhanom Ghebreyesus has been re-elected for a second five-year term as head of the World Health Organization.

His re-election was confirmed on Tuesday evening, May 24, during the 75th World Health Assembly in Geneva. He was the sole candidate.

The vote by secret ballot, announced by Ahmed Robleh Abdilleh from Djibouti at a major annual meeting, was seen as a formality since Tedros was the only candidate running.

According to news reports he received 155 out of 160 votes cast, although he did not win the support of his native Ethiopia, due to opposing views over the Tigray conflict.

Addressing the assembly after his re-election, Tedros said the WHO’s focus will be on emergency preparedness and improvement of the agency.

“I am humbled by the opportunity provided by Member States to serve a second term as WHO Director-General,” said Dr Tedros. “This honour, though, comes with great responsibility and I am committed to working with all countries, my colleagues around the world, and our valued partners, to ensure WHO delivers on its mission to promote health, keep the world safe and serve the vulnerable.”

The WHO chief’s new mandate officially commences on 16 August.

Before first being appointed WHO Director-General, Dr. Tedros served as Minister of Foreign Affairs for Ethiopia between 2012 and 2016 and as Minister of Health prior to that, from 2005.