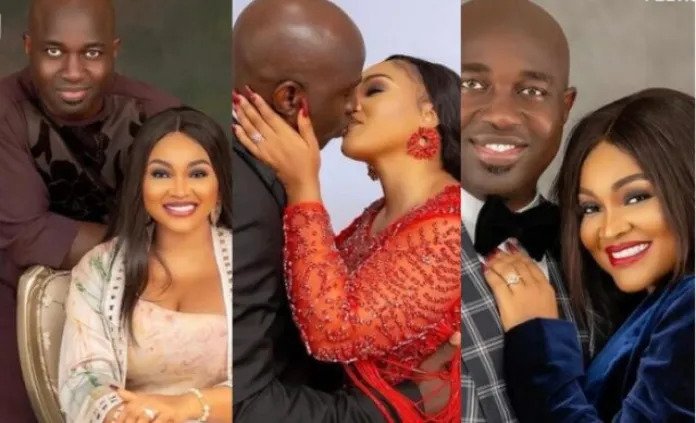 Many enraged fans have slammed Mercy Aigbe, a prominent Nollywood actress, for switching religions so frequently since she married Kazim Adeoti nicknamed Adekaz.

Aigbe and Adekaz are currently in London for the premiere of their collaborative film J.B.O.

A few days ago, the movie star shared a picture of herself and her hubby with the caption “Touchdown London, to God be all the glory. My London Fam your girl is in town. The producer and Executive Producer Kazim Adeoti of J.B.O have landed! May 20th loading!”.

Meanwhile, Mercy and Adekaz were observed praying together in a Muslim manner during the ongoing premiere at the Odeon Imax in London’s Greenwich neighborhood.

This clearly did not sit well with some fans, who vented their frustrations in the comments area.

While replying @Katongebeddings, @Tolani585 wrote, “the thing tire me o. Once Mercy Aigbe now we no even know again.”

JBO tells the story of love and war in a twisted case. It also reveals how the struggle for justice can take unexplainable channels.