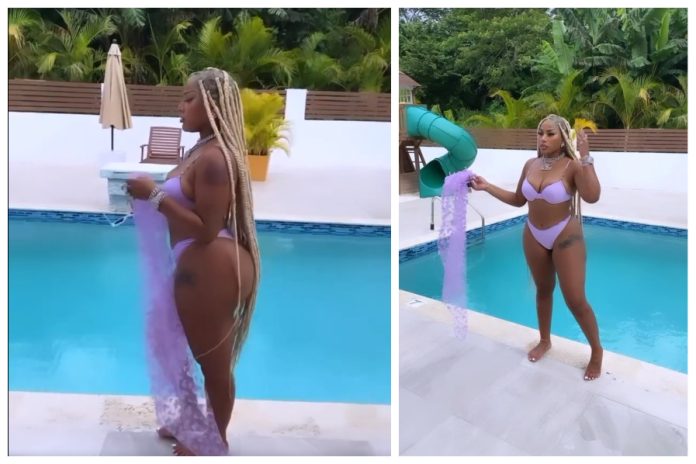 British Jamaican rapper, Stefflon Don has over the few weeks been traumatizing her fans and her ex-boyfriend Burna Boy with mind-blowing photos in Bikini, see-through outfits, and numerous swimsuits.

Recall that Burna Boy over a week ago released the first song off his upcoming album, titled Last Last, a song in which he officially confirmed that his relationship with the Rapper has finally come to end after 3 years of dating each other. 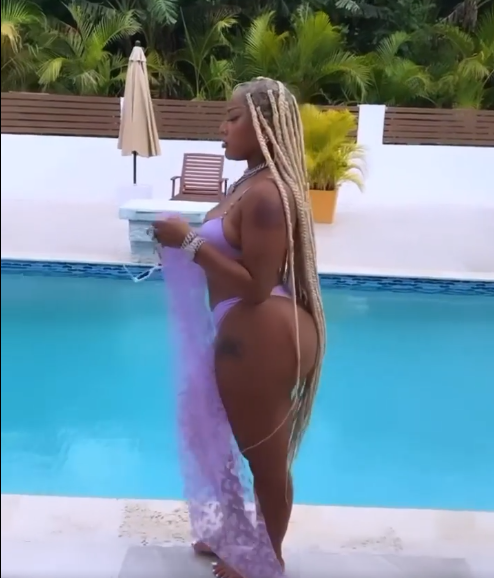 He also revealed that his Ex, Stefflon Don was manipulating him, neither did he shy away from the fact that he was heartbroken when Stefflon Don served him breakfast.

Since the release of the song, Stefflon who is currently on vacation has been serving hot body photos and videos in an attempt to Torture her Ex-Burna Boy and his fans endlessly.

Knowing Stefflon Don, everyone knows she has a banging body which makes it hard to understand how Burna Boy and her broke up because she is really the total and complete Package.

See the video below.