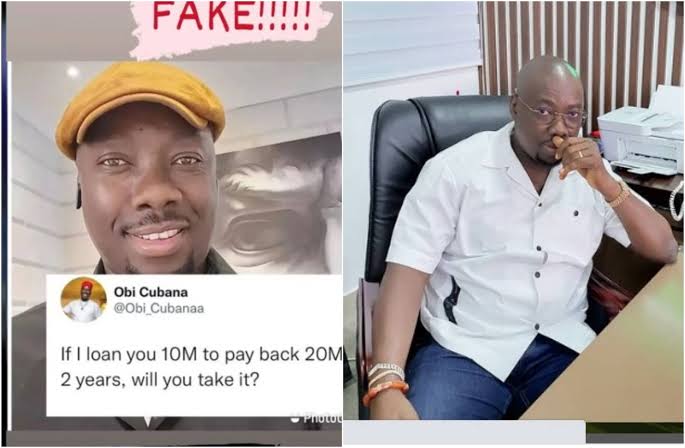 A Twitter user appeared to have been impersonating the 47-year-old entrepreneur on the microblogging application by using his name.

The impersonator has been running the account — which has over 33,000 followers — for months and repeatedly posting content to give users the impression that it’s Cubana handling the page.

The tweets also usually attract an avalanche of reactions — which include likes, mentions, and retweets.

But in a recent Facebook post, the business tycoon called on the public to disregard the page which he said is “fake”.