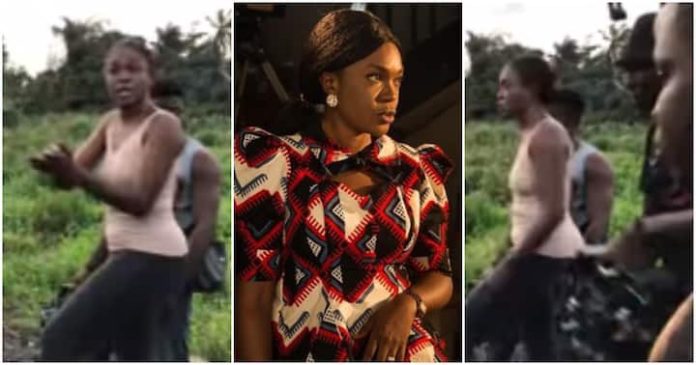 Popular actress and movie producer, Omoni Oboli shared her encounter with some hooligans who came to prevent her from shooting a movie on set.

The actress launched her beast mode as she was seen in the video threatening and telling the touts to get out of her shot.

She also declared that if the touts didn’t allow her to shoot the scene, they will sleep behind bars:

“Can you get out of my shot? Two things are gonna happen, if I don’t get to shoot this today, you are sleeping in jail.”