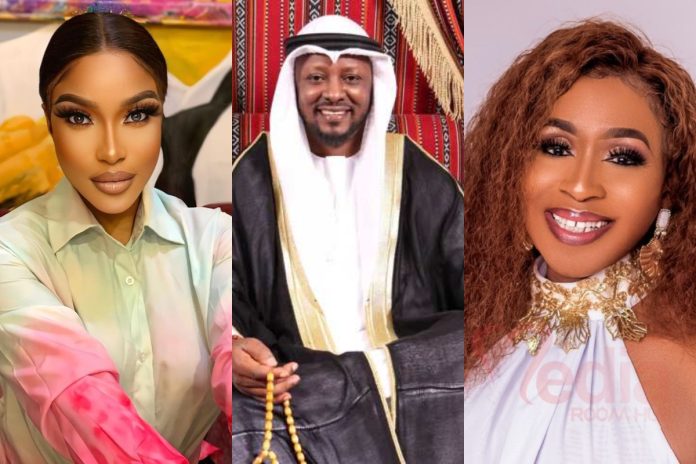 Controversial Kemi Olunloyo, an investigative journalist, has retaliated against actress Tonto Dikeh after she accused her of being mentally ill.

Tonto Dikeh’s ex, Kpokpogri, had a live video session with Kemi Olunloyo to discuss accusations that Tonto Dikeh was behind the demolition of his property.

Kemi Olunloyo said in the video that Tonto Dikeh was merely bragging and that he was not the one who wrecked the property. She went on to brand the actress a clout chaser for attempting to sell a ‘power image’ to the public.

Tonto Dikeh took to her social media stories in response to the video to threaten Kemi Olunloyo with jail time.

SHE WROTE: IT’S LIKE KEMI WANTS ME TO TALK TO HER OR SOMETHING…

NA OGUN GO HELP ME PUT HER FOR JAIL. MAKE WE START TO DO GO FUND ME FOR YOU AGAIN.

In a lengthy post on her Instagram page, Kemi Olunloyo claimed that Tonto Dikeh purchased a gun in Ghana attempting to kill her ex-husband, Olakunle Churchill.

Kemi Olunloyo noted how she defended and protected Tonto Dikeh during many of her altercations and drama on Instagram, yet the actress was wishing her bad luck.