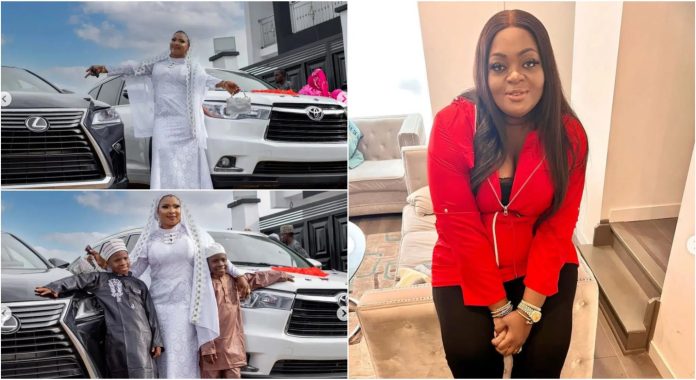 Nollywood actress Laide Bakare has finally got an opportunity to pour out her heart as she blasts her colleague Eniola Badmus for beefing over the acquisition of two luxury cars.

Bakare, on Tuesday 3rd May 2022, took to her Instagram page to show off the multi-million Naira cars she got for herself.

This comes barely two months after Bakare held a housewarming party for her new mansion worth over a hundred million Naira.

Many Nollywood stars shunned the event and failed to congratulate her on the new house, but Bakare seemed unbothered. 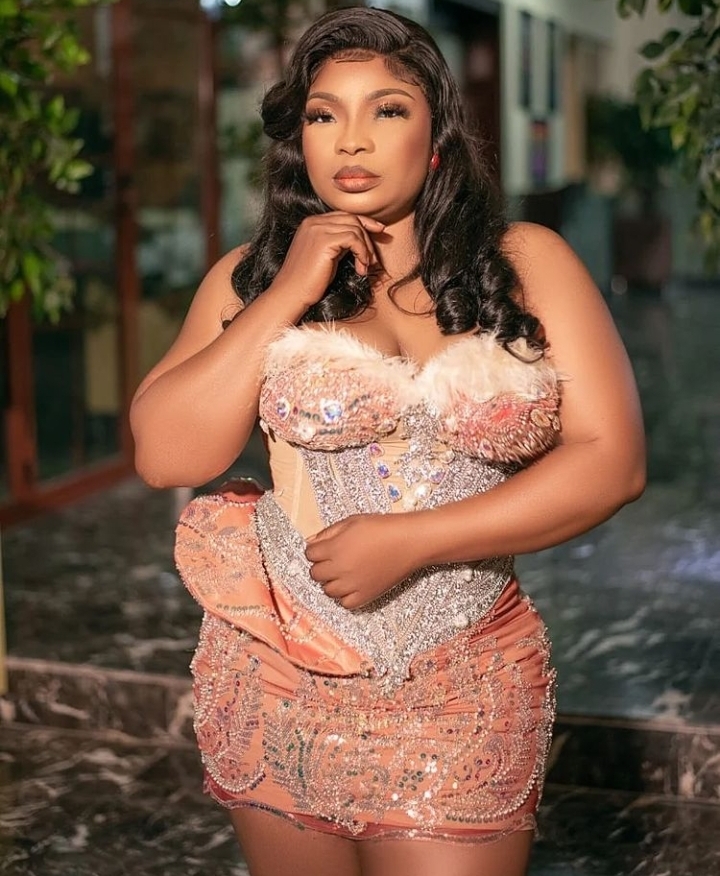 Reacting after Laide Bakare showed off her new cars, Eniola Badmus jokingly teased her colleague with her landlady status. 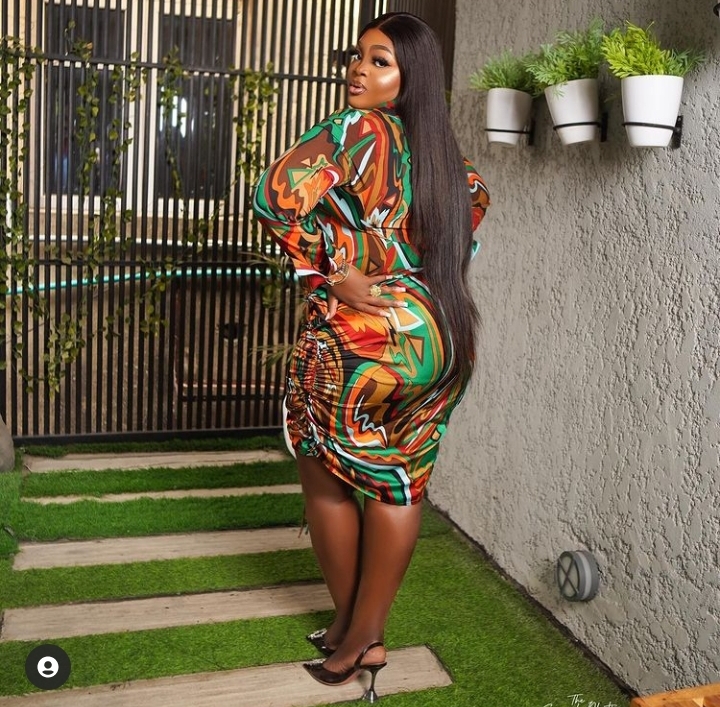 However, Laide Bakare did not hesitate to lash Eniola Badmus; stating that her achievements are God’s doing and the beginning of His unending mercy on her life.

Laide Bakare added that many of her colleagues have been beefing her; but her success is the answer because she doesn’t have time for haters.

laidebakare wrote: @eniola_badmus yes oooo Na me Be that O president Awon Beeffers. Na you speak their Mind. This is purely God’s Doing and iits the Beginning of unending Allah mercy On Me, shebi una dey Beeef ni? NA SUCCESS UPON SUCCESS BE UNA ANSWER. Me no get Time for Hatters Abeg.

“You want me to suffer” – Actress Laide Bakare calls out her two ex-husbands, addresses them as dead beat dads