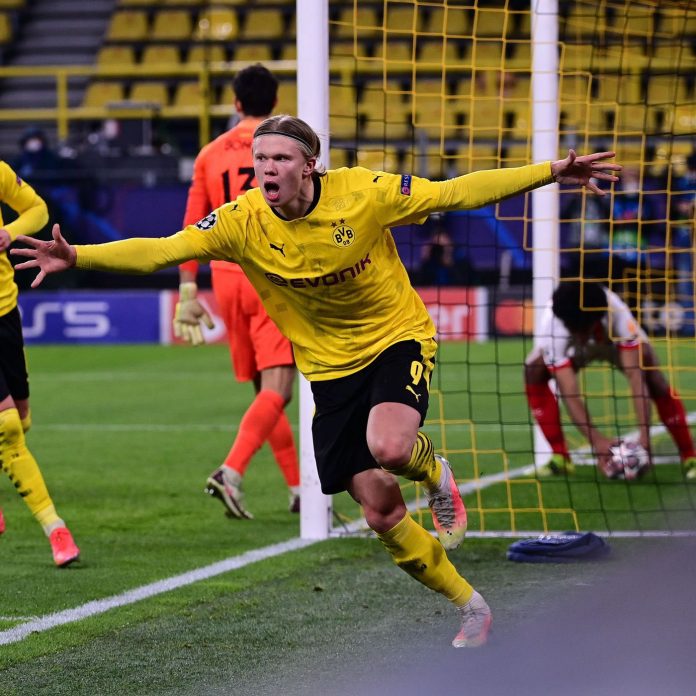 The Sun says talks are progressing quickly between all parties after BVB sporting director Sebastian Kehl admitted to the German press yesterday that a resolution is imminent.

Kehl told Sport1: “Haaland? I think we will have clarity on Erling in the next week. I wouldn’t be surprised if he moved on in the end.”

The Norwegian scoring sensation has bagged 85 goals in just 88 appearances since joining the Bundesliga outfit in January 2020. Signed for just £17.1million, he is expected to depart for nearly four times that amount — through his £64m release clause represents a relative bargain given his recent exploits.

Real Madrid has also been in the race for the 21-year-old’s signature for some time but it is the Premier League leaders who appear to have won the race.

Haaland’s father Alf-Inge featured for the Citizens between 2000 and 2003 and has played a key part in negotiating a rumored £500k-per-week agreement for his son.

BVB are already assured of second place in the Bundesliga and their final league game of the campaign against Hertha Berlin this Saturday will likely prove their No9’s swansong.

FC Salzburg forward Karim Adeyemi appears set to be Haaland’s replacement with Dortmund closing in on an initial £25m deal for the 20-year-old German.