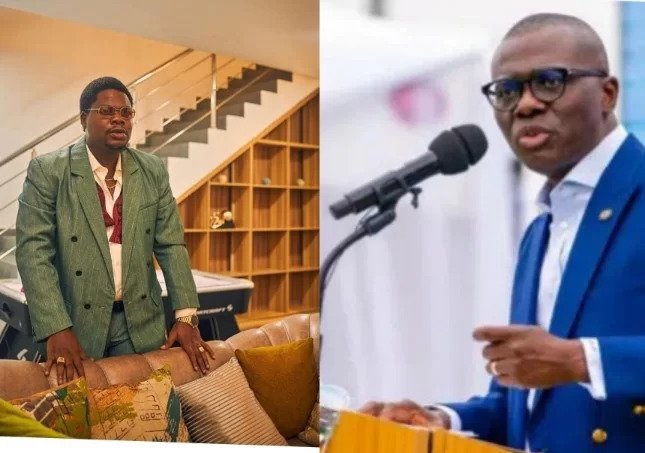 Debo Adedayo a.k.a. Mr Macaroni, a popular comedian, has accused Lagos State Governor Babajide Sanwo-Olu and his government of attempting to suppress him.

With his latest diatribe on Monday, the irritated comic actor, who has continued to express his frustrations with the current administration, drew varied reactions.

On Twitter he wrote: “High level of insecurity and hardship. Under @jidesanwoolu who swore to serve and protect the people. But na Mr Macaroni be their headache!! I have suffered so much under this administration but if you people think you will shut me up by trolling me, YOU LIE!!! Aluta Continua!!!”

@Nancy Hihi: “U are tagging @jidesanwoolu with ur full chest 😂😂😂😂 omo be calming down oooo.”

@Mark Xade: “Macaroni don’t go there.. You are exceeding boundaries.”