Home Entertainment My Husband Cheated On Me With My Best Friend – Dancer Kaffy...

Popular Kafayat Shafau, better known by her stage name Kaffy, a Nigerian dancer, revealed that she stopped making love to her spouse three years before their divorce.

During a recent interview with media personality Chude Jideonwo, the record-breaking dancer stated this. 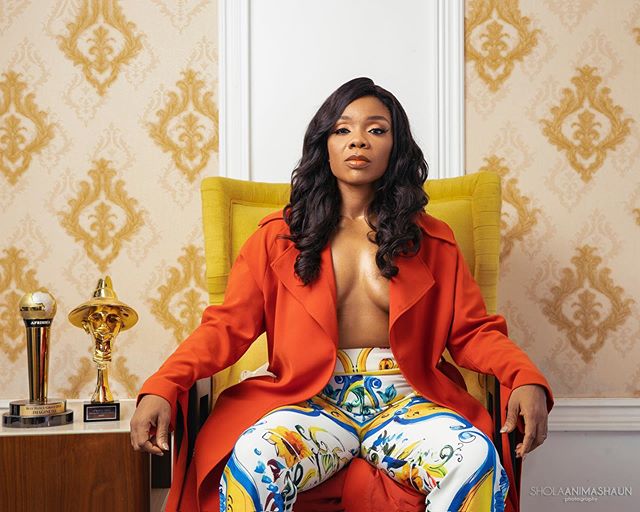 Kaffy announced her divorce in January 2022.

In the interview, the dancer said that her spouse had an affair with her best friend.

Kaffy claims that she began to heal after she stopped sleeping with her husband.

She stated during her ordeal,

“LET ME TELL YOU WHEN I STARTED HEALING; WHEN I STOPPED SLEEPING WITH MY HUSBAND.

“I WAS CELIBATE IN MY MARRIAGE FOR THREE YEARS BEFORE GETTING A DIVORCE.”

“THERE ARE DIFFERENT KINDS OF RED FLAGS THAT WE WOMEN IN LOVE ARE SO BLINDED BY.

“I WAS THINKING AT THE BEGINNING THAT I HAVE FOUND SOMEONE ELSE THAT WOULD MAKE ME HAPPY. THAT’S THE MOST SELFISH THINKING THAT ANY HUMAN BEING CAN HAVE FOR ANOTHER HUMAN BEING.”

The dancer also spoke about the domestic violence that prevailed in her parents’ marriage.

Kaffi disclosed that her parents used sharp objects like knives and forks whenever they fight.

She noted that the consistent fight made her and other siblings hide sharp objects in the house to avoid their parents from hurting each other.

Kaffy losses Beloved Dad to the cold hands of Death, Barely 24 hours after she survived Death