Home Entertainment “Falegan That Used To Cry On Top Of Me” – Nkechi Blessing... 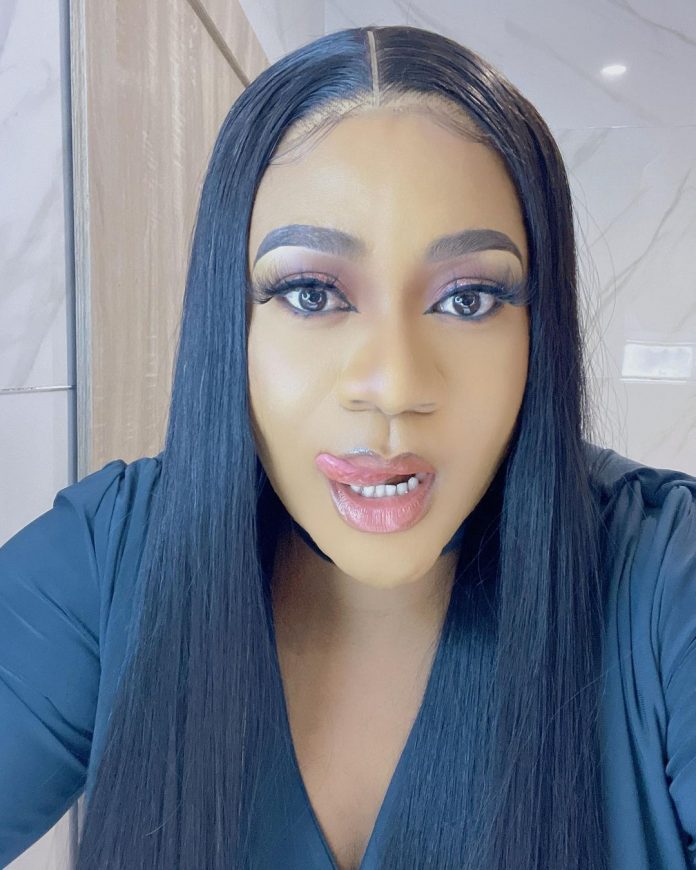 Nkechi Blessing is a Nigerian actress. Sunday’s social media controversy continues as she shows us what she wears in place of pants.

Recall that her ex-boyfriend, Opeyemi Falegan, took to social media to claim that he left her because of her bad hygiene.

He revealed that she wears a pant for three days and finds brushing her teeth tough. Nkechi added that she hasn’t worn a pair of pants since she was 18.

Nkechi Blessing recently showed off the bodysuit she uses instead of panties during an IG live session with Daddy Freeze.

She admitted that she generally dips her finger into her v@gina and puts it inside her mouth to demonstrate her cleanliness.

Falegan, she claims, always cries when they are making love.

In similar news, Nollywood actress, Nkechi Blessing has stated that she prefers to marry late than marry wrong.

For her, she doesn’t let people opinion about her move her.

Nkechi Blessing noted how people will always talk about you regardless.

SHE SAID, “I RATHER MARRY LATE THAN MARRY WRONG. I DON’T LET OTHER PEOPLE OPINION ABOUT ME MOVE ME. PEOPLE WILL TALK REGARDLESS. WHY NOT DO YOU

She replied her ex-boyfriend Falegan after he alleged that she’s unhygienic and can wear a single pant for 3 days saying she smells and tastes so good.

Falegan in a viral video accused Nkechi Blessing of not being hygienic and actually wearing a single pant for 3 days until he asks her to change it and the fact that he apologized.

Nkechi Blessing has replied to his claims debunking whatever he said saying she smells and tastes soo good that we should ask Mr. A as she’s the sweetest ever shading him that he has been crying whenever he wants to come after s3kz.

According to Nkechi Blessing, she has moved on since November last year when she left London so why not he do the same by asking him to leave her name out of his mouth since having a relationship with him again is not by force.