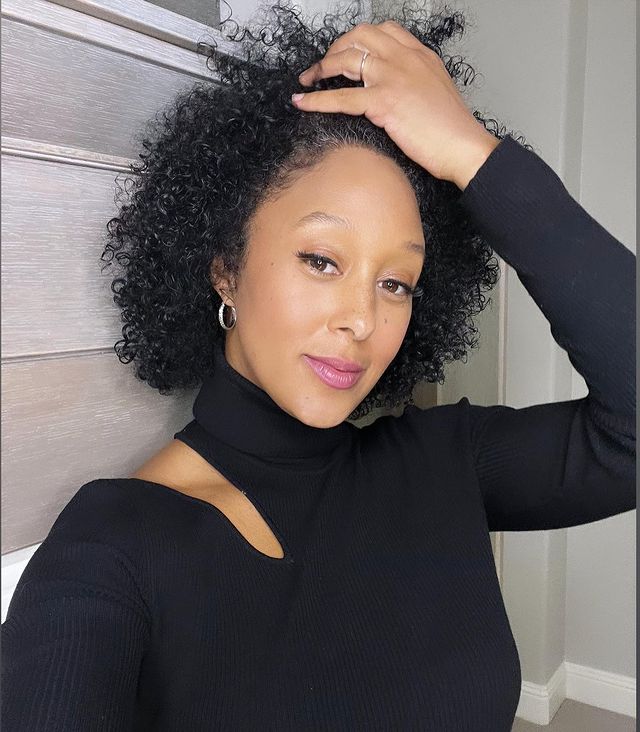 Tamera Mowry is well known for her roles in popular television dramas and series. Tamera gained prominence after portraying Tamera Campbell, a girl on the ABC/WB sitcom Sister, Sister. Mowery starred alongside her twin sister, Tia Mowry, in this popular sitcom.

Following her initial breakthrough, she began to receive offers for major projects and began appearing in a variety of television series. Tamera garnered even more notoriety for her role as Dr. Kayla Thornton in the medical drama Strong Medicine.

The actress was cast in the Style Network’s reality TV show Tia & Tamera in 2011, which followed the lives of two sisters. The show ended in 2013 after three seasons. So, let’s quickly go through Tamera Mowry’s complete net worth, salary, sources of income, career, biography, lavish lifestyle, and a few other fascinating information.

Tamera Darvette Mowry (born July 6, 1978) in Gelnhausen, former West Germany, to Timothy John Mowry and Darlene Renee Mowry. Her father is a US Army veteran and a Glendale Police custody officer, and her mother is also a US Army veteran. Her parents enlisted in the US army as children, and when Tamera and her twin sister Tia were born, they were stationed overseas. 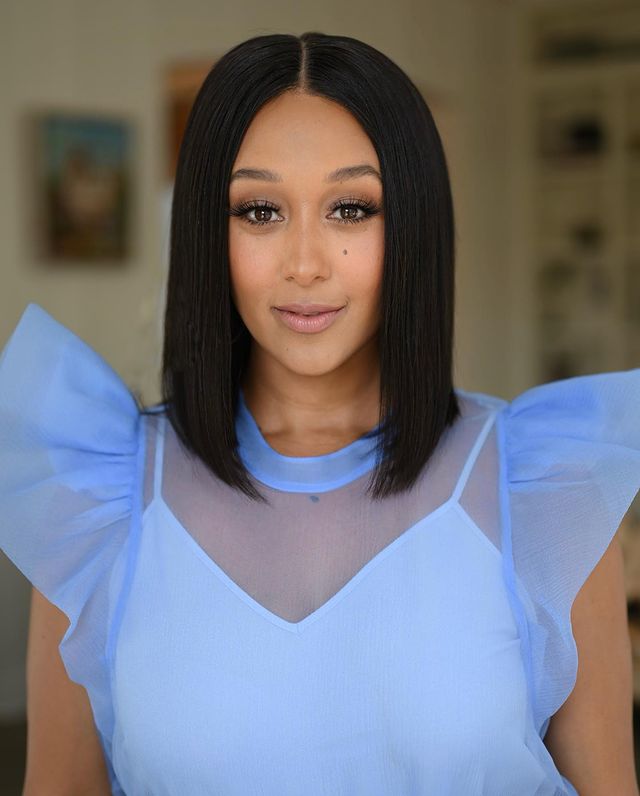 Tia and Tamera, twin sisters, decided at a young age to pursue acting careers, so her mother left her position in the military and the entire family moved to Los Angeles, California, to support them. Tamera’s father has an English and Irish accent, and her mother’s family is of Afro-Bahamian heritage.

The girls became born-again Christians when they were eight years old. She attended Birmingham High School in Los Angeles where she graduated from high school. She went on to Pepperdine University in California, where she majored in psychology.

Tamera Mowry began her professional acting career as a child actress in the early 1990s, playing in shows including Flesh ‘n’ Blood, Full House, and True Colors. Tamara’s biggest break came in 1994, when she and her twin sister Tia were cast as the lead characters in the sitcom Sister, Sister. Tamera Campbell was her character in this series from 1994 to 1999.

While appearing in this show, she also starred in several other projects such as Are You Afraid of the Dark? (1995), The Jamie Foxx Show (1996), and others. Tamera was the voice of Emma C. Squared, the main character in the animated series The Adventures of Hyperman, from 1995 to 1996. She made her voice acting debut in the animated series Detention from 1999 to 2000, playing Roxanne in an episode of the television sitcom Smart Guy.

Tamera starred in television films such as the Christian drama Something to Sing About and the fantasy comedy Seventeen Again in 2000 after the famous sitcom Sister, Sister ended in 1999. Tamera was thrust back into the spotlight when she was cast as Dr. Kayla Thornton in the medical drama Strong Medicine, which she appeared in from 2004 to 2006. She later starred alongside her twin sister Tia in the Disney TV film Twitches.

In 2007, she reprised her role in the Twitches Too sequel. She played Esther in the animated sitcom Family Guy and then Misty Knight in The Super Hero Squad Show. Tamera played Danielle Warren in the television film Double Wedding in 2010.

Tamera and her twin sister Tia starred in the three-season reality television series Tia & Tamera, which aired on Style Network from 2011 to 2013. Later, Mowry became one of the co-hosts of The Real, a daytime talk show. She starred in this show for seven years, from 2013 to 2020, alongside Adrienne Bailon, Tamar Braxton, Loni Love, and Jeannie Mai.

Tamera began dating former baseball player and Fox News contributor Adam Housley in 2006. Adam proposed to Tamera while sleeping in a hotel room in Vince, where they had been dating for almost six years. 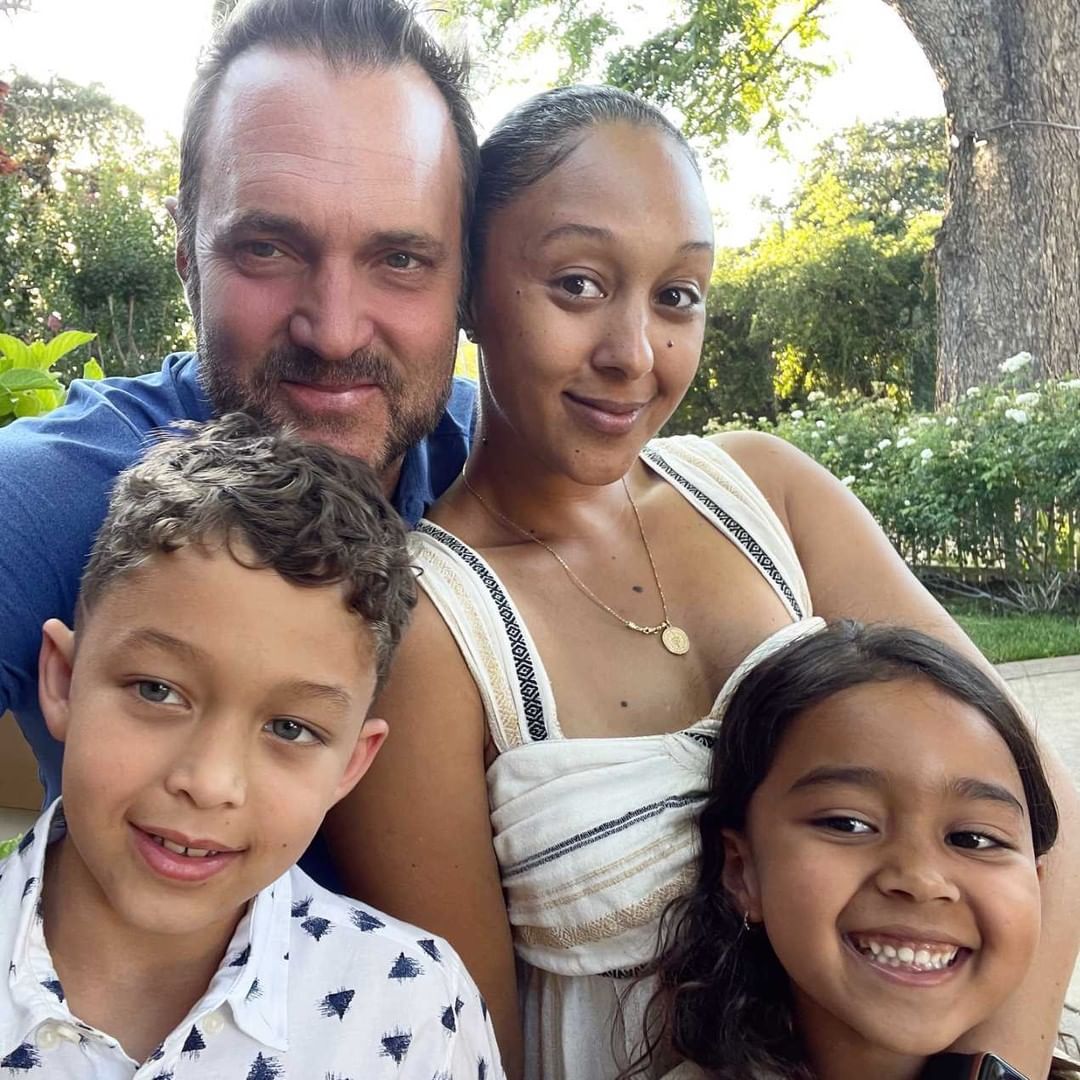 Tamera Mowry and Adam Housley married in Napa Valley in May of 2011. In November 2012, the couple welcomed their first child, a son named Aden John Tanner Housley. Ariah Talea Housley, their daughter, was born in July 2015.

Tamera said in July 2013 that she has decided to remain celibate because of her Christian beliefs. She eventually lost her virginity at the age of 29, was found guilty afterward, and resolved to refrain from sex until marriage.

Tamera Mowry married Adam in 2011, and she and her husband are said to have purchased a beautiful home in the Napa Valley area of Northern California. Tamera also has a flair for interior design, and she spent several years renovating their home.

The pair hasn’t shared any specifics about their Napa Valley home, such as the price or square footage, but we do know they spent millions of dollars on it. The mansion includes a spacious kitchen with a Southern ambiance, a swimming pool, a 400-bottle wine cellar, an expansive garden with stunning views of the countryside, and much more. Despite the fact that the home design was a mix of Tamera’s minimalistic style and her husband Adam’s fondness for homey emotive sentiments, they were able to bring it all together.

Apart from this house, the couple’s sole other investment was in an empty lot in the Playa del Rey neighborhood. Tamera and Adam purchased a 5,000-square-foot property for $1.425 million in 2014. Furthermore, the site is close to the Los Angeles airport, and they were most likely going to build their own unique home in the neighborhood.

Tamera Mowry is an American actress, television personality, and former singer with an estimated net worth of $5 million. Tamera’s revenue comes from a variety of sources, including her acting in films and television programs, as well as her twin sister Tia’s firm, Need Brand.

They’ve made a name for themselves in every field, and they’ve released two products: Milky! (a milk bottle) and Stretchy! (a stretch mark cream). Additionally, the sisters published two books, Twintuition: Double Vision and Twintuition: Double Trouble.

What is the net worth of Tamera Mowry?

Tamera Mowry is an American actress, television personality, and former singer with an estimated net worth of $5 million.

How much money does Tamera Mowry make in a year?

What is the age of Tamera Mowry?

Tamera Darvette Mowry was born on the 6th of July 1978 in Gelnhausen, she is 43 years old.