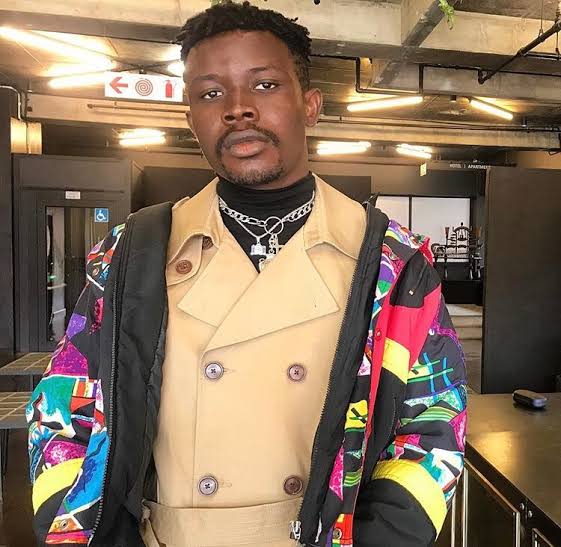 Video director and producer, TG Omori also known as THE BOY DIRECTOR reacts to a twitter user who claimed he was beaten by his brother who is a hoodlum.

The Producer who is famous for directing top Nigerian musical videos didn’t let an insult let him by, as he countered the user with the handle @juniorlago3 on Twitter, who narrated he was nearly beaten at a video shooting venue.

The random user said TG Omori was nearly beaten by his brother when the video ZOOM ZOOM by cheque was shot.

TG Omori quickly shared his own narrative that he was lieing and that his own brother was the one on the receiving end of the beating. 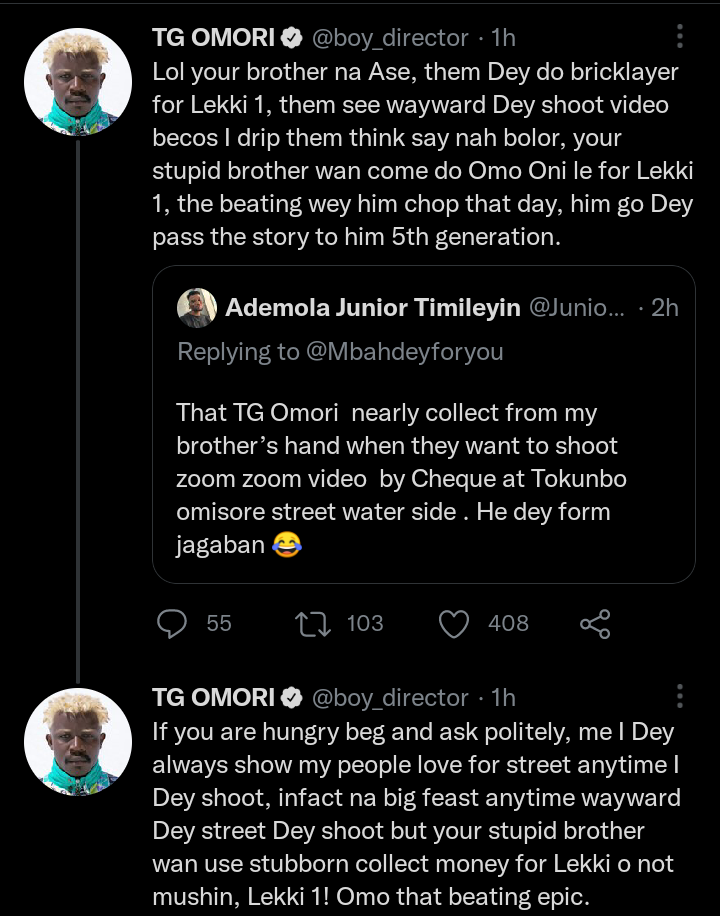 Another user responded that the director would dare not try that in area like Mushin.

His response this time was in agreement to his tweet as TG Omori succumbed to it as the truth. 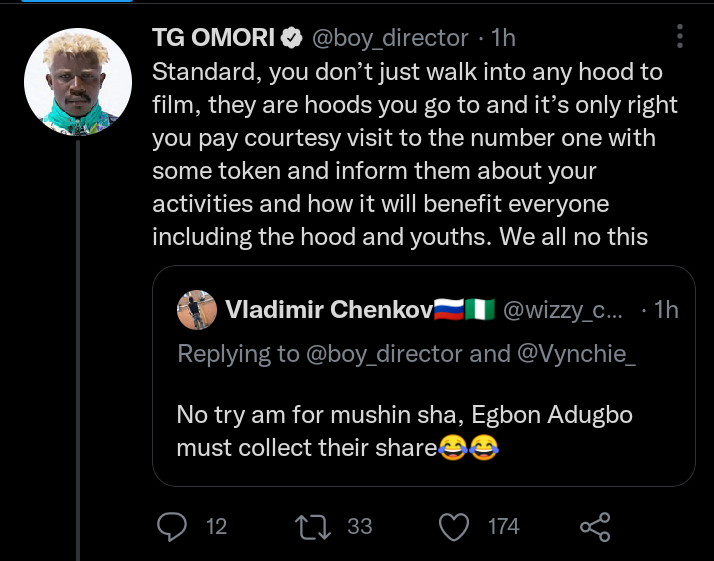