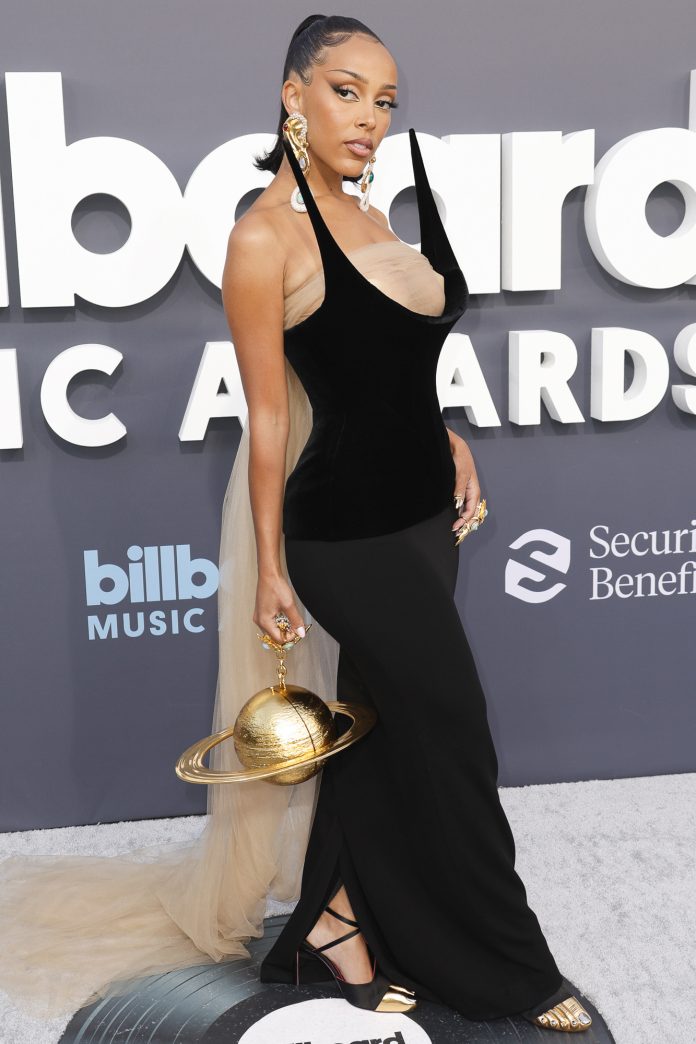 Doja Cat, an American rapper, has undergone her second throat operation.
The 26-year-health old’s problems come from an infection she caught just before the Billboard Music Awards on May 15, where she took home three awards.

n May 19 she tweeted: ‘dr. just had to cut into my left tonsil. i had an abscess in it. my whole throat is f***ed so i might have some bad news for yall coming soon.’

A few minutes later she explained: ‘nah so my tonsils got infected before bbmas and i was taking f***in antibiotics but forgot that i was taking them and then i drank wine and was vaping all day long and then i started getting a nasty a** growth on my tonsil so they had to do surgery on it today.’ Doja announced that her medical issues had driven her to give up vaping as ‘im too scared to hit it cuz my throat hurts so bad. i cried for hours. its not worth it.’

She added: ‘then its like imagine all that wierd poisonous s*** in the vape seeping into the completely open wound in my throat like f*** that. im hella young.’ In new pictures shared from her sick bed on Twitter, Doja who was still attached to an IV drip pulled a pout and flashed a peace sign for the camera after undergoing her second throat surgery last month.