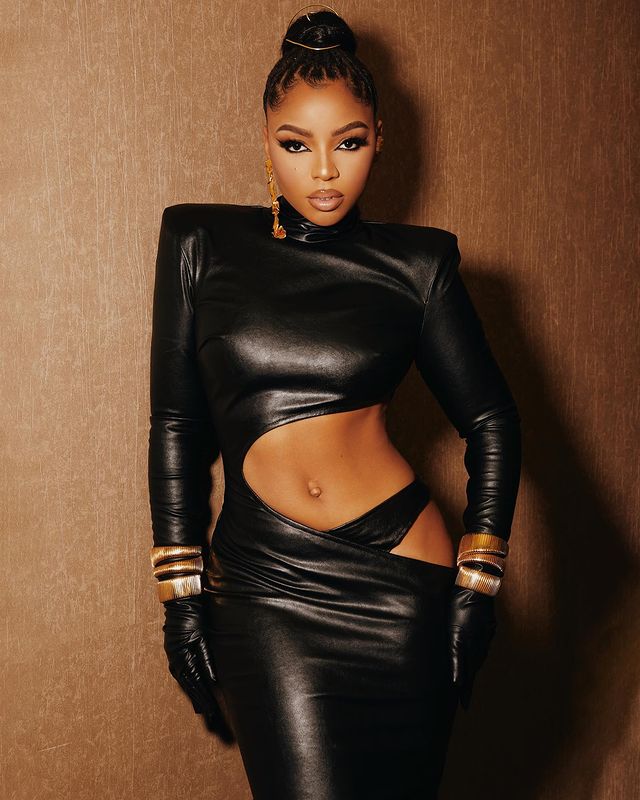 Chloe Bailey is an American singer-songwriter, actress, dancer, and record producer, The vocalist is well recognized for being one half of the R&B combo Chloe x Halle with Halle Bailey, her younger sister.

They were nominated for 5 Grammy Awards because of their moving voice. The two released a number of successful singles, including Fall, I Say So, Grown, and Happy Without Me, and they were nominated for numerous awards. Chloe Bailey is a rising star in the music industry who has amassed a sizable fan base so early in her career.

Moreover, Chloe is also known for uploading music covers and vlogs on her YouTube channel titled Chloe x Halle. The sisters uploaded many covers of legendary artists such as Rihanna, Beyoncé, John Legend, and many more. So today we are going to discuss the total net worth of Chloe Bailey her salary, income sources, career, biography, luxury lifestyle, and a lot more.

Chloe Elizabeth Thandie Bailey was (born July 1, 1998), in Atlanta, Georgia, United States. She was raised in Mableton, Georgia, alongside her sister Halle Bailey and younger brother Branson Bailey. Later, Chloe and her sister relocated to Los Angeles to further their careers.

Her father Doug Bailey is a former Stockbroker and a talent manager. While living in Georgia, Chloe knew that she was going to become a professional singer. By the age of 3, she got a chance to play the minor role of Beyoncé in the musical comedy film The Fighting Temptations in 2003.

Chloe and her sister started writing songs with the assistance of her father when she was ten years old. She also made an appearance in the 2012 Disney musical television film Let It Shine. Moving on to her schooling, she received her General Educational Development credential after being homeschooled in Los Angeles.

At the ages of 13 and 11, Chloe and Halle launched a YouTube account to start their careers. The two first shared a cover of Best Thing I Never Had by Beyoncé. The sisters Chloe and Halle’s career took a turn in 2013 when they established the R&B combo known as Chloe x Halle and began posting pop songs on their YouTube page. The sisters appeared in the Disney comedy television series Austin & Ally that same year, singing the song Unstoppable.

In March 2018, Chloe x Halle came up with the release of their debut studio album titled The Kids Are Alright, which became a massive success, by reaching number 19 on the US R&B chart. Chloe also became the cast as Jazz Forster in the sitcom TV series Grown-ish, after dropping the title song for the series called Grown.

In 2020, Chloe x Hallie dropped the album Ungodly Hour, which peaked at number 15 on the Billboard 200 and number 11 on the UK R&B chart. One of the singles from the album titled Do It, went viral and reached number 9 on the US R&B chart.

The sisters were nominated for a Grammy Award for Best R&B Song for this song as well. Have Mercy, the lead single off Chloe’s forthcoming debut studio album, was released in September 2021, marking her debut as a solo artist.

Chloe Bailey has been working in the entertainment industry since her childhood and has promoted numerous brands throughout her career. Chloe and her sister Halle became the newest brand ambassadors of a lead skincare brand named Neutrogena. Despite this, she is endorsing various brands including, Beauty Bakerie, Mac, Urban Outfitters, Ivy Park, Nike, Tiffany & Co., and many more.

Chloe Bailey delivered a legendary performance at the 2021 MTV Music Video Awards, and she has won numerous awards and accolades throughout the course of her career. The family of the rising star lives in a lovely home.

The home is located in Sherman Oaks, California and it features 5 bedrooms, and 5 bathrooms, and spans over 4238 square feet of space. The older style of the home also has many other features such as a Tennis court and the cost of the lavish property is estimated at $3.2 million.

Chloe Bailey is an American singer-songwriter, actress, dancer, and record producer, with an estimated net worth of $2 million US as of 2022. She is among one the top rising female singers and songwriters in the music industry, who rose to fame after being one half of the contemporary R&B pair named Chloe x Halle. She has earned a vast chunk of that worth via her profession as a singer, such as album sales, touring, and live concerts. Chloe Bailey’s monthly income is more than $25,000.

The sisters’ YouTube channel, which has more than 1.8 million subscribers, also contributes significantly to their income. Over 10 million people have watched the majority of their films. The yearly income of Chloe Bailey exceeds $300,000. Bailey’s net worth is steadily increasing as a result of her enormous musical success. She is also an actress who has appeared in a number of films, including Meet the Browns, The Fighting Temptations, and Last Holiday.

How old is Chloe Bailey?

Chloe Elizabeth Thandie Bailey was born in Atlanta, Georgia, United States, on the 1st July 1998, She is 23 years old.

How much does Chloe Bailey make?

How much is the worth of Chloe Bailey?

Chloe Bailey is an American singer-songwriter, actress, dancer, and record producer, with an estimated net worth of $2 million US as of 2022.