Home Entertainment “Fat for me is the definition of rich”- Cubana Chief priest slams... 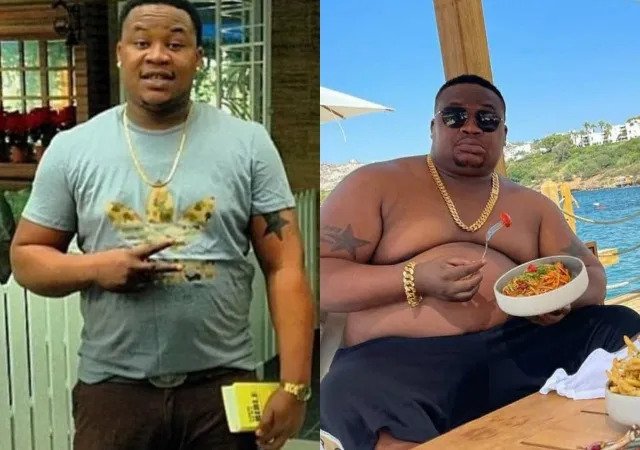 A celebrity bartender who also happens to be a socialite According to the Cubana Chiefpriest, fat is the definition of wealth for him.

Following the abovementioned message, actor Uche Maduagwu and social media users chastised Chief Priest, urging him to reduce weight in order to enjoy his summer money,’ as “health is riches.”

The socialite stated overweight is the epitome of rich in a post on his Instagram page this afternoon. The only issue, he added, will be when you’re obese and broke.

The crossdresser who has been a subject of criticism and bullying over his fake life and dwindling career has shut down his haters.

The crossdresser showed off his account balance to prove that he isn’t living a fake lifestyle.

“I am not covering the balance haters how market”.