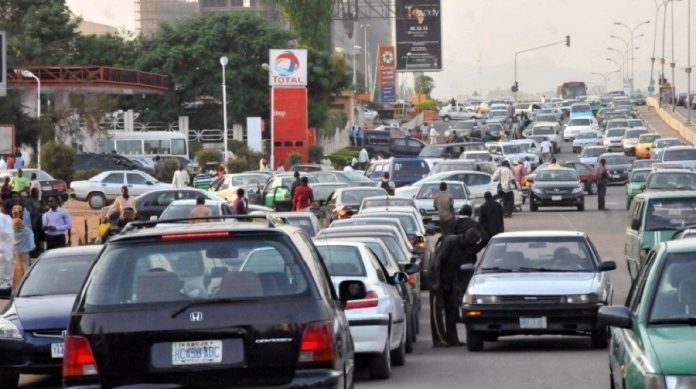 Fuel shortages have gotten worse in Lagos and Ogun States as filling stations are now charging N185 or more per litre for Premium Motor Spirit (PMS), also known as gasoline.

Nairametrics received confirmation of this from a number of drivers who communicated with our experts.

They claimed that in addition to paying the new, illegitimate pump price, they also had to tip the gasoline attendants N400 or more, depending on their negotiating position.

A banker, Sanmi Oni, said, “I don’t understand the reason we have found ourselves at this spot again. I had to pay N185/litre for fuel yesterday and was forced to bribe the attendant with N400 before he agreed to sell in my Jerry cans. This is pathetic.”

Gbenga Osho, another motorist, said, “After I had been on the queue for about 2 hours and it was my turn, the station along the Lagos-Ibadan expressway stopped selling fuel.

“When they resumed selling the commodity one hour later, it was increased from N165/litre to N190/litre and we had no choice but to pay because I had an important appointment to keep. The attendants and owners of the stations are cheats, as they are only exploiting Nigerians.”

The owners of commercial buses have also taken advantage of the development to increase their fares, as commuters were left stranded in various parts of Lagos and Ogun, especially the border towns due to the fuel scarcity.

At Obalende, many commuters who were either heading for Falomo, Lekki, Victoria Island or the Ajah axis of the state were seen stranded at various bus stops.

Some of the commuters who eventually got vehicles to their destinations had to pay between N500 to N700 to Lekki and Ajah, compared to the usual price of N200 for Lekki passengers and N400 for Ajah passengers.