Home News Man Jilted By Lover Commits Suicide In Aba After 5 Years Of... 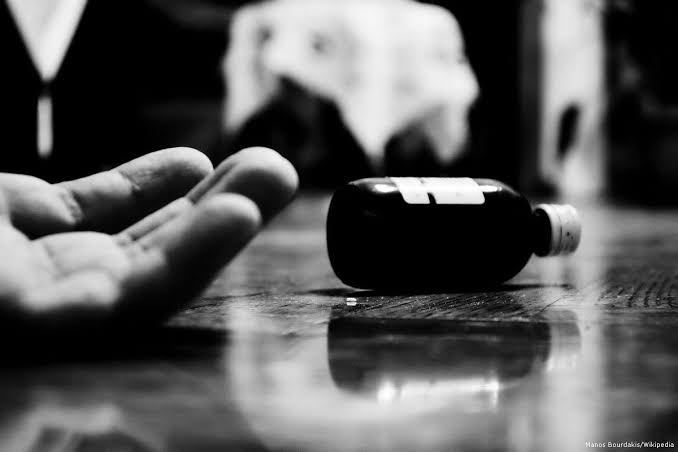 A 25 year old factory worker in Aba, Abia State, has committed suicide after being dumped by a female colleague he was in love with for five years.

The deceased, whose name was not immediately known, was said to have taken a poisonous substance on Wednesday night, leaving a suicide note on why had to take his own life after her lover, who incidentally worked in the same manufacturing plant with him, in Okpu Umuobo area of Osisioma Council Area of Aba metropolis, cut off their five year old relationship to marry another man.

Eyewitness said parents of the deceased had, on discovering what happened and the suicide note left by their son, reported the matter to the Osisioma Police station, and had invited the former girlfriend to their house after informing her that their son was sick and had requested to see her.

It was gathered that the girl who said she was no longer in love with the deceased and wondered why she was being invited, was later on arrival, arrested by the police and accused of involve in the sudden death of his colleague.

However, a senior police source in the area, said the lover girl was later released on bail, after spending the night in custody, while investigation on the real reason for the jilted lover’s death has commenced.