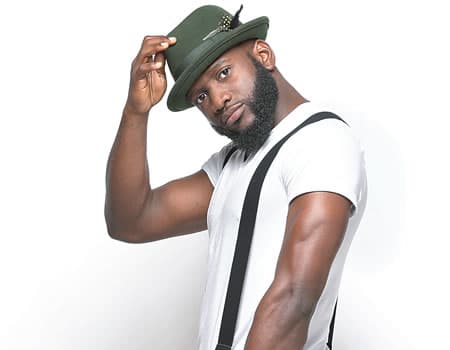 His claim is based on the news that has made the rounds, especially on social media, that Grammy award-winning artiste Burna Boy and his entourage were involved in a shootout at a popular Lagos club, Cubana.

Dj Obi made this known via his Twitter handle on Wednesday.

The disc jockey said, “The biggest lie of 2022 is when I heard that BURNA BOY tried to talk to another man’s woman. That was where that whole story lost me. There is no woman born of a woman that has that privilege. And not even once but THREE times?! FAT LIE! P/s: Why do you have sooooo many snaps of him before he “tried” to talk to you 3 times???”

He further stated, “When I heard this story of Odogwu having such high interest in this person, just had to go search for myself to see the woman because she must be the sexiest female on the planet. THREE TIMES?!! I said wow, Unicorns do exists. This babe must be hotter than Steff. So I went digging. BOYYYYYYY! stop playing.”

DJ Obi also mentioned that Burna Boy’s security detail is highly trained hence they will not engage in a shootout with a civilian except if there is a threat to the life of their principal or theirs.

“FYI: Burna security is so highly trained, the only reason a gun would have come out is if there was a threat to his life or theirs. So that leads me to ask, Who threw the first bottle?? And why?

“I end by saying AFTER GOD! Fear woman. Stay safe out there my brothers. If you are ever going to come for someone of this calibre, your story has to be air-tight. And that’s on LOVE DAMINI.”

In a now-deleted tweet, were these claims made by dj Obi. 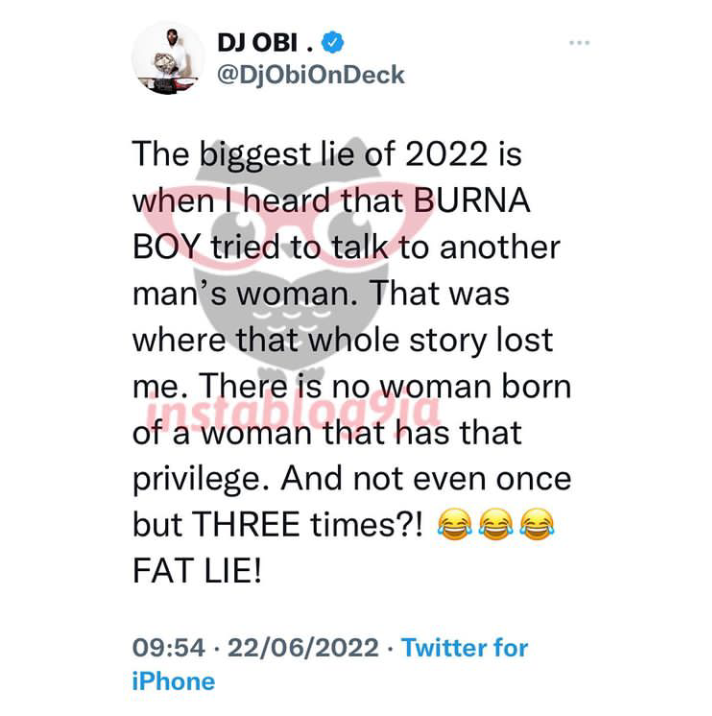