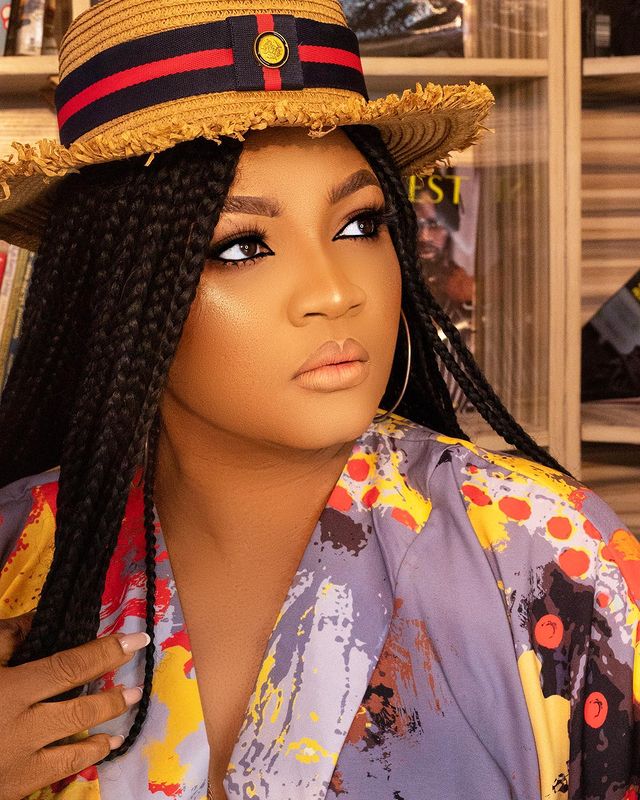 Omotola Jalade Ekeinde is a Nigerian actress, singer, film director, entertainer, philanthropist, and producer. She has starred in over 300 films since her Nollywood début in 1995, selling millions of video copies.

The press has hailed the Screen Nation ‘Best Actress’ as Africa’s biggest star after she received multiple high-profile prizes, launched a music career, and amassed an incredible fan base.

She is praised for her extraordinary humanitarian initiatives in addition to her shows and economic achievements. Omotola became one of Africa’s most popular actresses after pioneering the video film era in Nigerian cinema.

Along with Michelle Obama, Beyoncé, and Kate Middleton, she was named to Time magazine’s list of the 100 most important people in the world in 2013.

Omotola Jalade (born February 7, 1978), in Lagos, Nigeria. But she has her origin from Ondo State of Nigeria. Chrisland School, Opebi, Oxford Children School, Santos Layout, and Command Secondary School, Kaduna were among Omotola’s schools. She attended Obafemi Awolowo University for a short semester before completing her education at Yaba College of Technology, where she majored in Estate Management.

Omotola Jalade ekeinde, according to Omotola Jalade ekeinde. Her parents and two younger brothers, Tayo and Bolaji Jalade, raised her in a household of five. Omotola’s original objective was to work in business management, but as she awaited her university results, she began modeling to supplement her income.

Omotola Jalade Ekeinde began modeling to keep track of her flying minutes while still earning a living. On one of those days, she joined a buddy at a movie audition and was fortunate enough to land a part.

Omotola got her start in the industry by accompanying a friend to an audition. Her debut film role was in Reginald Ebere’s Venom of Justice, which was released in 1995. Reginald is credited with kickstarting Omotola’s career.

She was cast in the lead role in the film, which launched her into a successful career in the Nigerian film business. In the critically acclaimed film Mortal Inheritance, Omotola earned her first major role (1995).

She portrayed a sickle-cell patient who battled for her life against the odds against her. Omotola’s character beat the disease and gave birth to a child. The film is widely recognized as one of Nigeria’s best films.

OmoSexy, launched her “long-awaited” music career in 2005 with the release of her debut album titled “gba””. The album produced the singles “Naija Lowa” and “The Things You Do To Me.” Her unreleased second album – Me, Myself, and Eyes, brought in production from Paul Play and Del B. It was supported by the songs “Feel Alright” (featuring ,Harry Song) and “Through the Fire” (featuring, Uche). The Album’s launch party was scheduled to hold in Nigeria, and tables were expected to sell for N1 million.

what do you expect from a talented actress like Omotola Jalade Ekeind? So far she has bag many awards for herself from her carer.

She is the first African celebrity to receive over 1 million likes on her Facebook page. She currently has a total of 3.7 million followers on Facebook.

Omotola, married Captain Matthew Ekeinde in 1996. The couple later held a white ceremony on board a Dash 7 aircraft while flying from Lagos to Benin in 2001, with close family and friends present. Together, they have four children, Princess, M.J Meraiah and Michael. She lost her father in 1991.

Omotola became a United Nations World Food Programme Ambassador in (2005), going to missions in Sierra- Leone and Liberia. Omotola also supports organisations such as Charles Odii’s SME100 Africa to empower youth and young women in the society. She has been active in the Walk the World project and participated in the Walk the World campaign in Liberia with President Ellen Sir Leaf-Johnson.

Omotola Jalade Ekeinde is currently one of the richest and the most influential Nollywood actresses, with an estimated net worth of $3 million dollars.

What is Omotola Jalade net worth?

Omotola Jalade Ekeinde is currently one of the richest and the most influential Nollywood actresses, with an estimated net worth of $3 million dollars.

At what age did Omotola Jalade marry?

On March 23, 1996, Omotola Jalade married her husband, Captain Matthew Ekeinde, in a court ceremony when she was 18 years old. After having their third child, they had the most talked-about white wedding ceremony in 2001.

Where is Omotola Ekeinde from?

Omotola Jalade (born February 7, 1978), in Lagos, Nigeria. But she has her origin from Ondo State of Nigeria.

How old is Jalade Ekeinde?