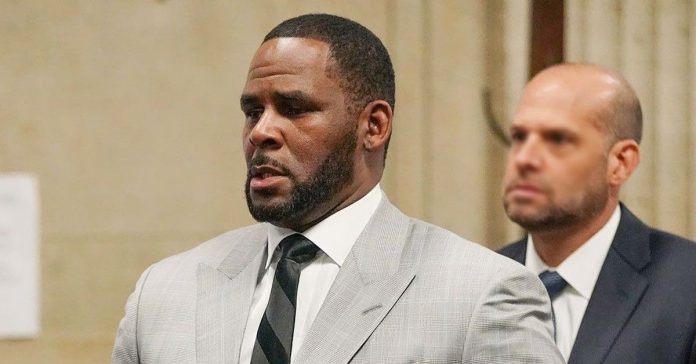 Through tears and anger, several of Kelly’s accusers told a court, and him, that he had preyed on them and misled his fans.

“You made me do things that broke my spirit. I literally wished I would die because of how low you made me feel,” said one unnamed survivor, directly addressing a Kelly who kept his hands folded and his eyes downcast.

“Do you remember that?” she added.

Kelly, 55, didn’t speak at his sentencing, where he also was ordered to pay a $100,000 fine. The Grammy-winning, multiplatinum-selling singer and songwriter was convicted last year of racketeering and sex trafficking at a trial that gave voice to accusers who had previously wondered if their stories were being ignored because they were Black women.

“Although sex was certainly a weapon that you used, this is not a case about sex. It’s a case about violence, cruelty and control,” U.S. District Judge Ann Donnelly told him.

The sentence caps a slow-motion fall for Kelly, who was adored by legions of fans and sold millions of albums even after allegations about his abuse of young girls began circulating publicly in the 1990s.

Kelly’s lawyers had argued he should get no more than 10 years in prison because he had a traumatic childhood “involving severe, prolonged childhood sexual abuse, poverty, and violence.”

As an adult with “literacy deficiencies,” the star was “repeatedly defrauded and financially abused, often by the people he paid to protect him,” his lawyers said.

The hitmaker is known for work including the 1996 hit “I Believe I Can Fly” and the cult classic “Trapped in the Closet,” a multi-part tale of sexual betrayal and intrigue.

Allegations that Kelly abused young girls began circulating publicly in the 1990s. He was sued in 1997 by a woman who alleged sexual battery and sexual harassment while she was a minor, and he later faced criminal child pornography charges related to a different girl in Chicago. A jury there acquitted him in 2008, and he settled the lawsuit.