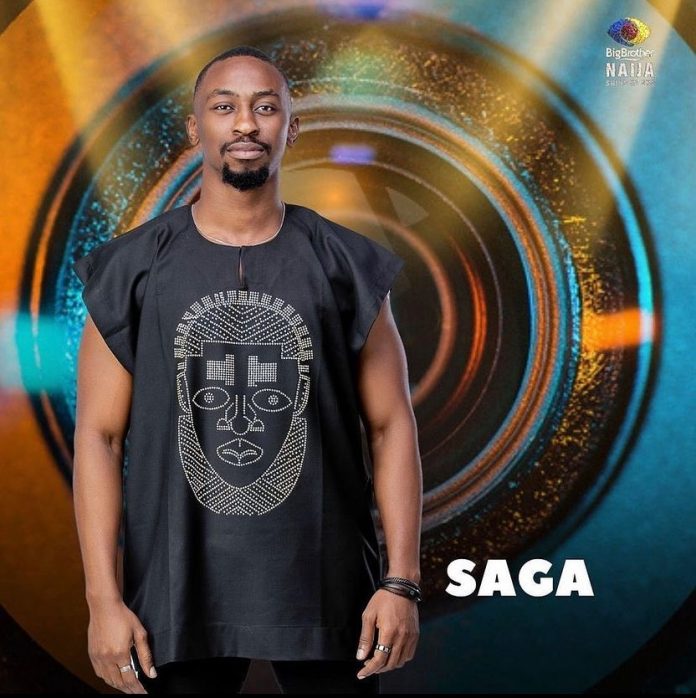 According to Saga, the common notion that women should not show interest in a guy too quickly because it would make them seen as an easy catch is outdated.

The 28-year-old fitness enthusiast, who was stuck on his co-star, Nini, on the sixth edition of Big Brother Naija show, shared this opinion on Twitter on Friday, June 17.

“Ladies if you like him, there’s really no point playing hard to get. Let’s all agree, that shit is old school”, he tweeted. 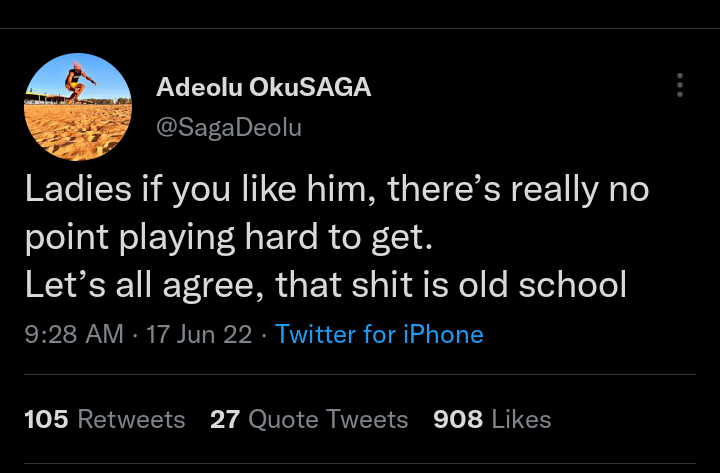 However, many people expressed disagreement with his take as they opined that ladies shouldn’t be easily accessible to a male admirer because it would lead to disrespect and contempt.

A Twitter user wrote, “And wen you play easy to get, they think you are cheap and still break your heart…This life no Balance”

Reacting to the lady’s concern, Saga said he doesn’t mean ladies should play easy to get but they should simply be themselves. 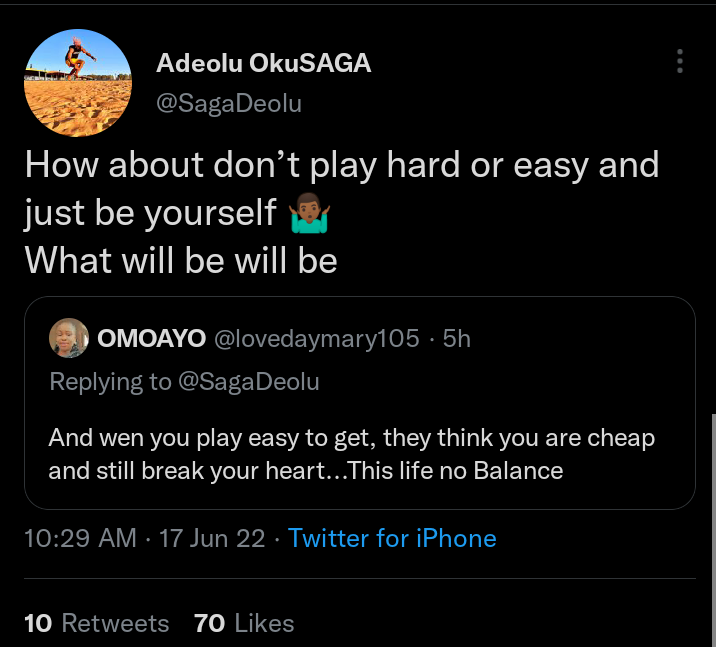