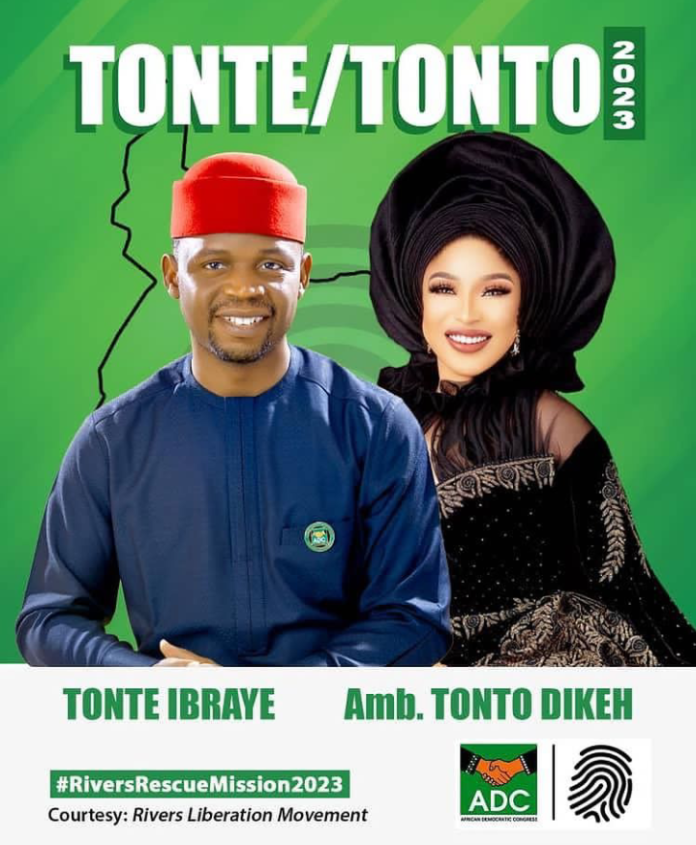 Earlier today, Tonto Dikeh joined the leagues of celebrities contesting for political seat as she announced her political ambition revealing that she was picked as the running mate for Governship Candidate, Tonte Ibraye of the African Democratic Congress, Rivers State.

In a new post, Tonto Dikeh gave her acceptance speech, saying that she is optimistic that they will salvage the plights confronting our dear State.

She also said she wants to use this medium to advance her career in politics and governance, motivate and encourage other women ,especially the youth, to get involved in active politics in other to be part of policy formulation and decision making process in a view to better the life of the younger generations.