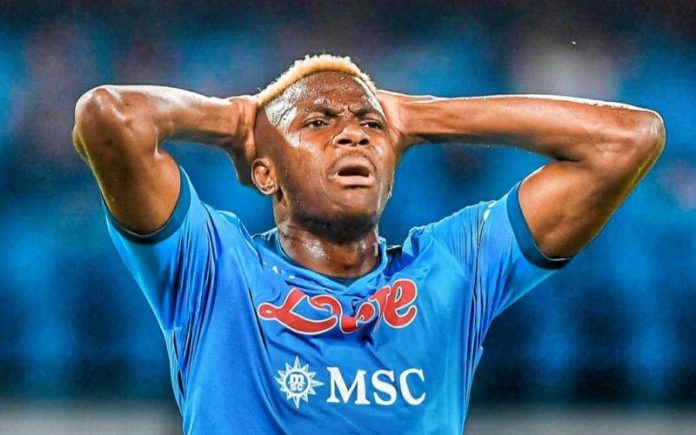 The transfer of Super Eagles attacker Victor Osimhen from Lille to Napoli is being looked into, and offices of both teams in Naples, Roma, and France have been searched.

Police allegedly searched the Napoli and Lille offices in Naples, Rome, and France as part of the probe, according to Il Mattino, La Repubblica, Sky Sport Italia, and other publications. Aurelio De Laurentiis, the president of Napoli, is also being looked into for alleged transfer fraud.

According to the French media outlet, L’Equipe, it was revealed that Lille got just €36m, not €81m, as widely reported.

The deal has long been the subject of controversy, as the official €70m transfer plus €10m in bonuses fee was only circa €50m in cash. 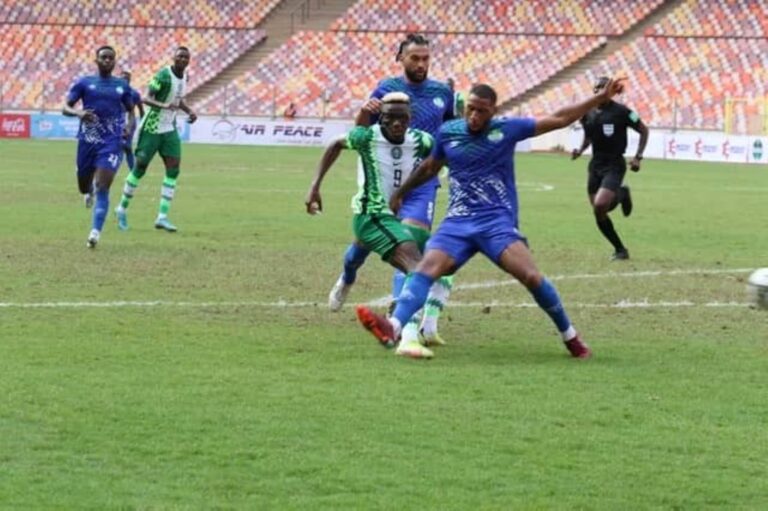 The other €20m was made up of goalkeeper Orestis Karnezis and three youth team players Luigi Liguori, Claudio Manzi and Ciro Palmieri.

Details have emerged that Osimhen’s former club has only received €36m from his transfer.

It was gathered that the Ligue 1 club was in a very poor financial state at the time and the transfer of the Super Eagles forward was used to balance the books by the club.

The deal has long been a cause of controversy, as the official €70m transfer plus €10m in bonuses was only circa €50m in cash, the other €20m made up of goalkeeper Orestis Karnezis and three youth team players Luigi Liguori, Claudio Manzi and Ciro Palmieri.

The value of Liguori, Manzi and Palmieri immediately raised eyebrows, because they were given highly inflated prices on the transfer market.

There was even more controversy as the three players never got to wear the Lille jersey, as they were immediately loaned out to Serie C sides and their contracts were simply terminated a year later free of charge.

The players went to the media complaining the deal had ruined their careers and they were used as pawns in a larger transaction used to bolster the finances of both Napoli and Lille.