Home Entertainment Celebrities Video and photos of Regina Daniels at the Time She Was 7... 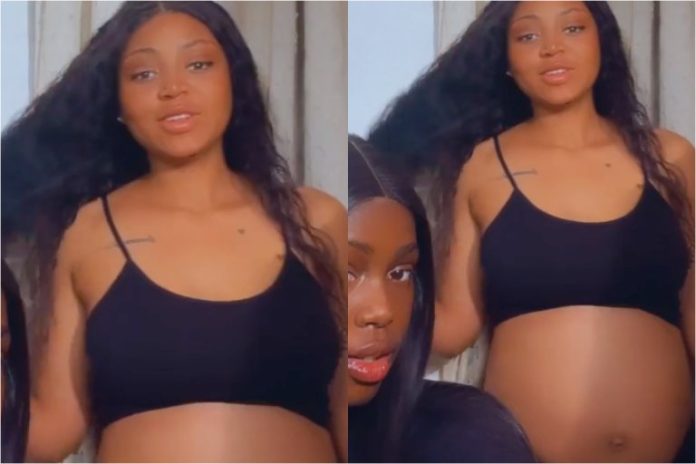 She kept her pregnancy a secret before making the news, so much so that it surprised people that no one could tell that she was expecting from the social media photographs she shared.

We did, however, come across a pregnancy video of her, and the caption states that she was seven months along at the time. CLICK HERE TO WATCH THE FULL VIDEO.

“Super super happy and excited today🥺🥺🥺 she always wanted to be a boy mum and God made it possible. Twins born years apart🥺 congratulations to my lover🥰✨ @regina.daniels”

Born on October 10, 2000, Regina is one of the few actresses who rose to fame as child actors. Her mother is Rita Daniel who is also an actress and she is also the chairman of the Actors Guild of Nigeria (AGN) in Delta State, Nigeria.

Regina has five siblings – three brothers and two sisters and she is the second youngest child in her family.

Movies that she has starred in are Python Girl, The Bat-Man, The Jericho, Plantain Girl, Jaja the Great, Enemy within, Tears of Ojiugo, Amara Queen of the jungle, Resident Evil, Wipe your Sorrows, and Royal Covenant.